There‘s no doubting that the large shipping canals of Holland provide some of the most fantastic predator fishing within Europe. One such angler who makes the effort to travel to these huge expanses of water is Fox Rage consultant Pierre Johnen. Pierre is no stranger to these types of waters and living on the Germany/Holland border, he continues to put in the extra effort to travel to these venues, whether he’s fishing in tournaments or purely for fun.

With predator-filled waterways absolutely everywhere in Holland, Pierre has chosen a waterway he’s familiar with and that tells an interesting story – the Juliana Canal. Due to a pollution outbreak several years ago, many fish in this once fantastic waterway were lost, but now it appears to be bouncing back, with large pike, perch and zander making a welcome return.

ADAPT TO THE CONDITIONS 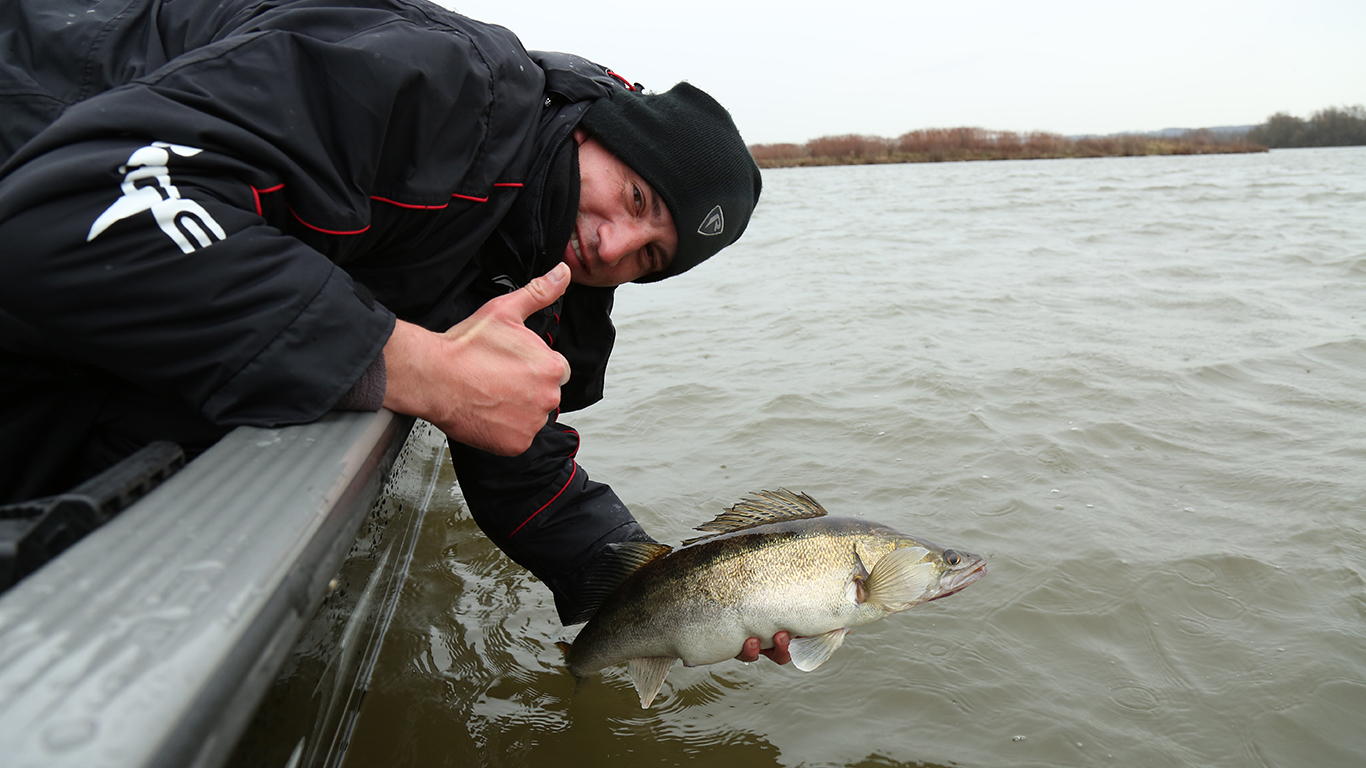 As we set off in the morning aboard Pierre’s boat, the weather is terrible, with extremely strong winds and persistent rain – the sort of weather many anglers would choose to stay at home in. The thing is, this is just the right weather to get the predators feeding and Pierre knows it.

“Strong winds make fishing from the boat difficult, but not impossible. Even though it’s uncomfortable to fish in, it‘s the sort of the weather that will get the fish feeding; especially the zander. As usual the water visibility’s quite low, so I’m expecting much brighter lures to work best today, especially combined with the extremely dull conditions. I’m not expecting too many pike and perch today, but you really can’t get much better conditions for zander,” Pierre explains

Pierre makes a start in an area where the canal opens up to create a large lake. This is a spot that’s produced a number of fish for him in the past. As he inspects the fish finder, it is clear that there’s a large head of prey fish present, which will undoubtedly attract the attentions of any nearby predators. At over 3m deep, Pierre’s confident that this will be a great starting point.

“Normally I’d like to start by casting in the area, but no matter how much I want to today, the wind’s just far too strong and will seriously ruin my chances,” Explains Pierre. “When casting you really need to be in complete control of your lure and when the wind creates a large bow in the braid, it can be very difficult to detect bites. For this reason I’ll start with vertical jigging tactics. This isn’t a problem, but casting allows you to locate fish very quickly so is usually my starting point.”

THE RIGHT SHAPE AND SHADE 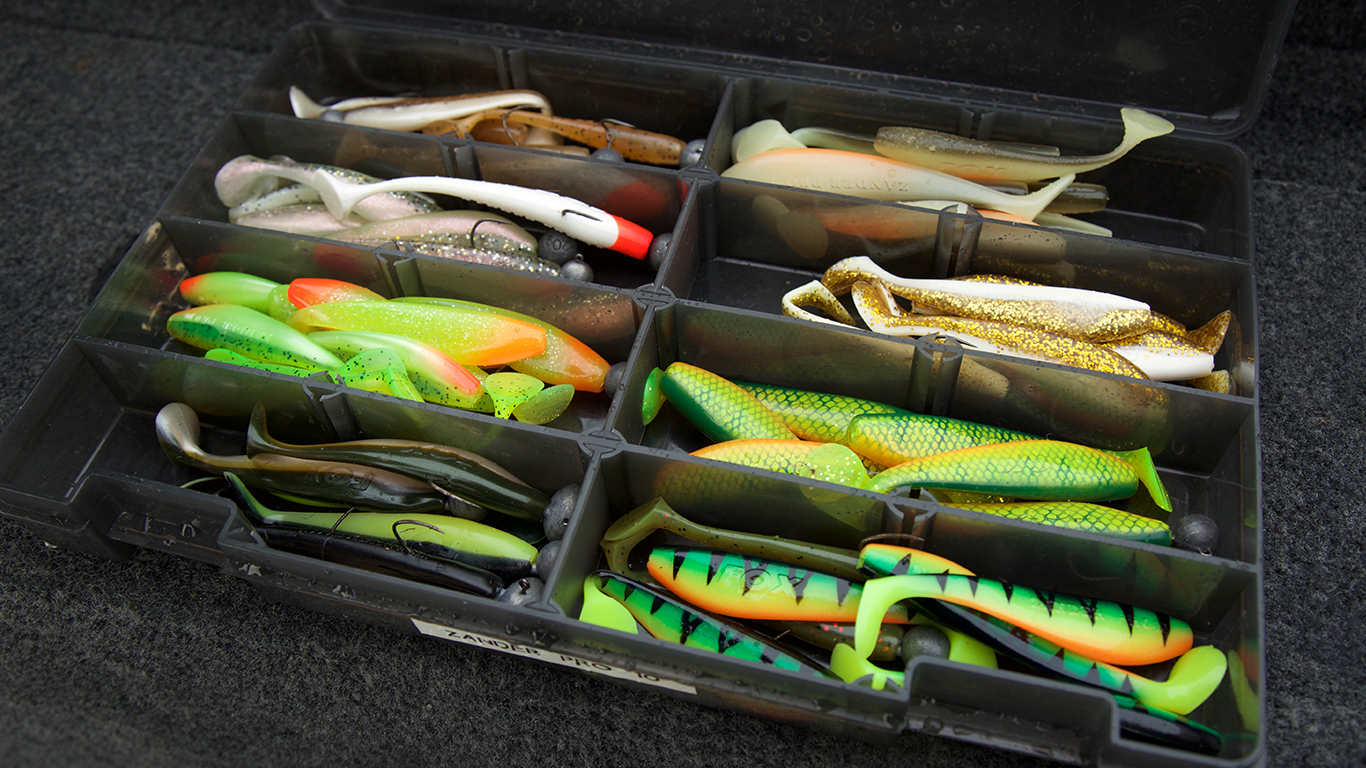 Looking into Pierre’s lure box, it’s quite clear his confidence lies in one particular lure – the Zander Pro Shad. This soft shad perfectly mimics regular prey fish and features a large paddle tail that generates no end of vibration. Even though Pierre is 100% confident when it comes to using this lure, he makes sure he keeps his options open by having a number of different colours and patterns at his disposal. It’s clear from the off that he knows what lure he needs today though, as he pulls out a 12cm Zander Pro in Lemon Tiger pattern.

A QUESTION OF SPEED 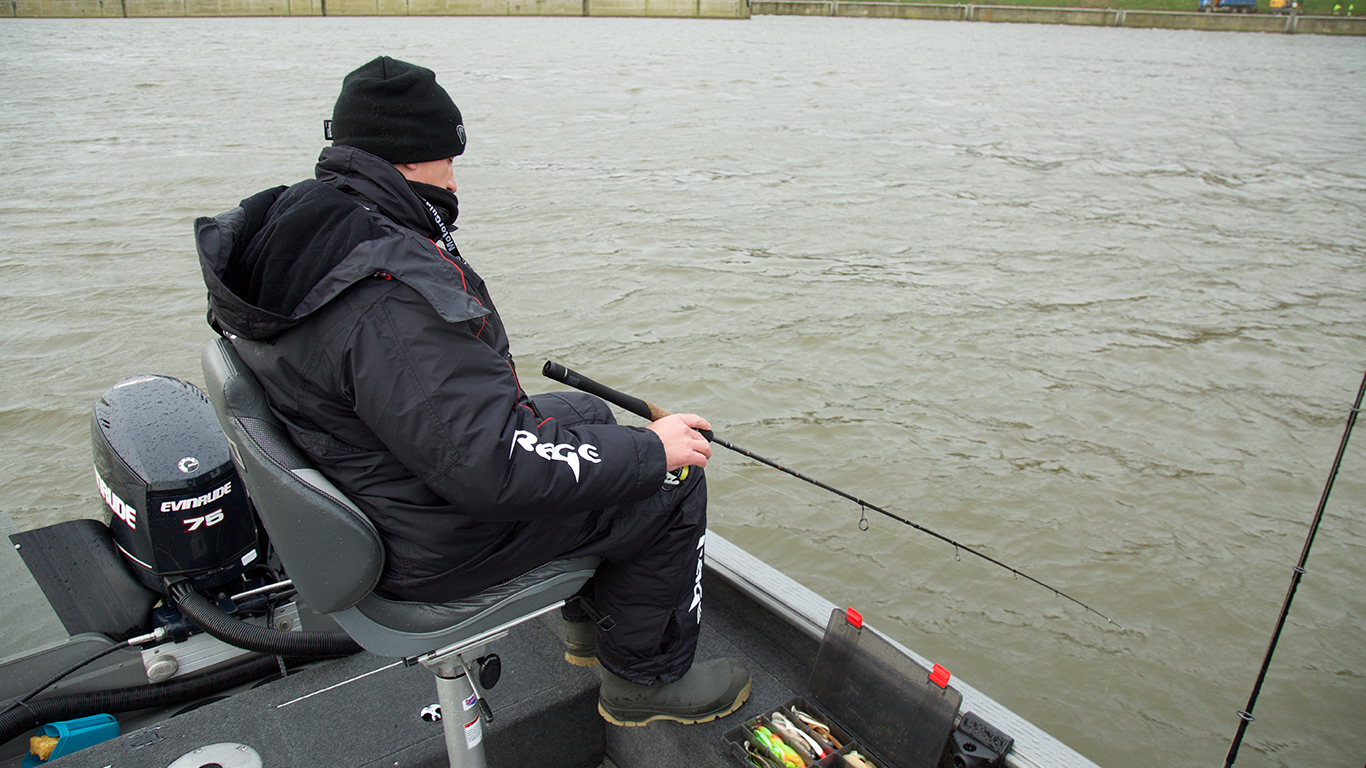 “When the water’s a bit coloured and the conditions are very overcast like today, I’ve found that the best colour is Lemon Tiger. This is an extremely visual colour and predators love it. If the water was a bit clearer and with bright conditions I’d opt for a more subtle pattern like the Hot Olive or Salt n’ Pepper,” says Pierre. “At the other end of the spectrum, if the water’s really coloured I’d try an even brighter lure such as Red Head. This pattern’s extremely visual and can help to pick out predators when visibility’s low.”

With the extremely strong wind today, Pierre is relying on his electric trolling motor hold him at a manageable speed for vertical jigging. Too fast and staying in contact with the lure is extremely difficult, but travel to slowly and you won’t cover water quickly enough and the lure can be worked on the same spot for too long, giving predators too long to ponder and turn down the free meal.

“You want to pass over the fish just quickly enough that the lure comes into their kill zone and they have to make a decision quickly as to whether they will hit the lure or not,” Pierre tells us. “If the conditions were harder, then I’d expect the fish to require a much slower worked lure, but with the superb conditions we have today I want to cover water as quickly as possible to locate the fish, as I’m sure they’ll be hard on the feed.” 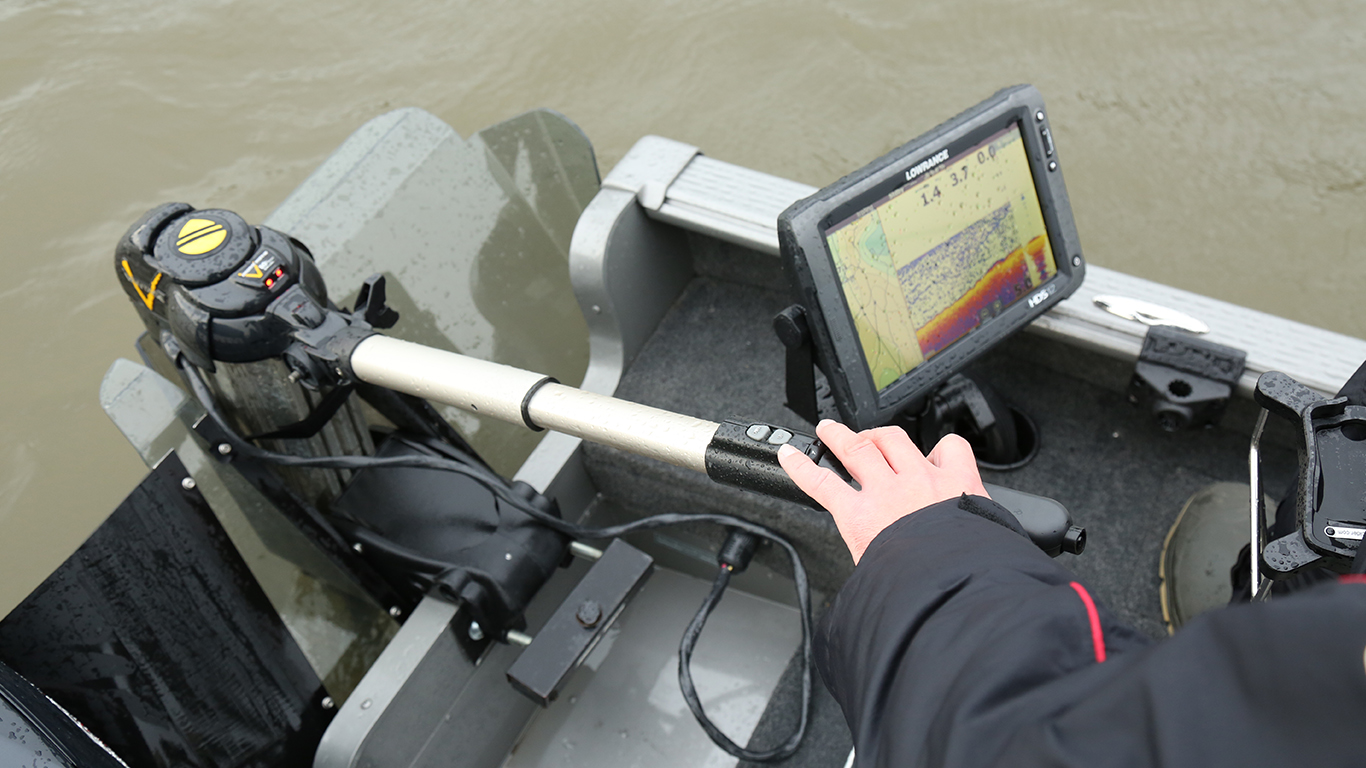 Pierre makes two drifts parallel alongside one another and explains the importance of covering the water very accurately once the prey fish have been located. As well as smaller prey fish, there’s also a few larger shapes showing on the finder, indicating a decent sized shoal of bream – a species zander are never too far away from.

“Once you’ve located the prey fish shoals, it’s almost certain there will be predators somewhere nearby, so it pays to cover as much water in the area as possible until you find where the fish are holding up,” Pierre continues. “Try and make note of where you’ve already drifted and then on your next drift work just the other side of it. I like to brake it down into lanes almost, so I’m covering every bit water available to me.” 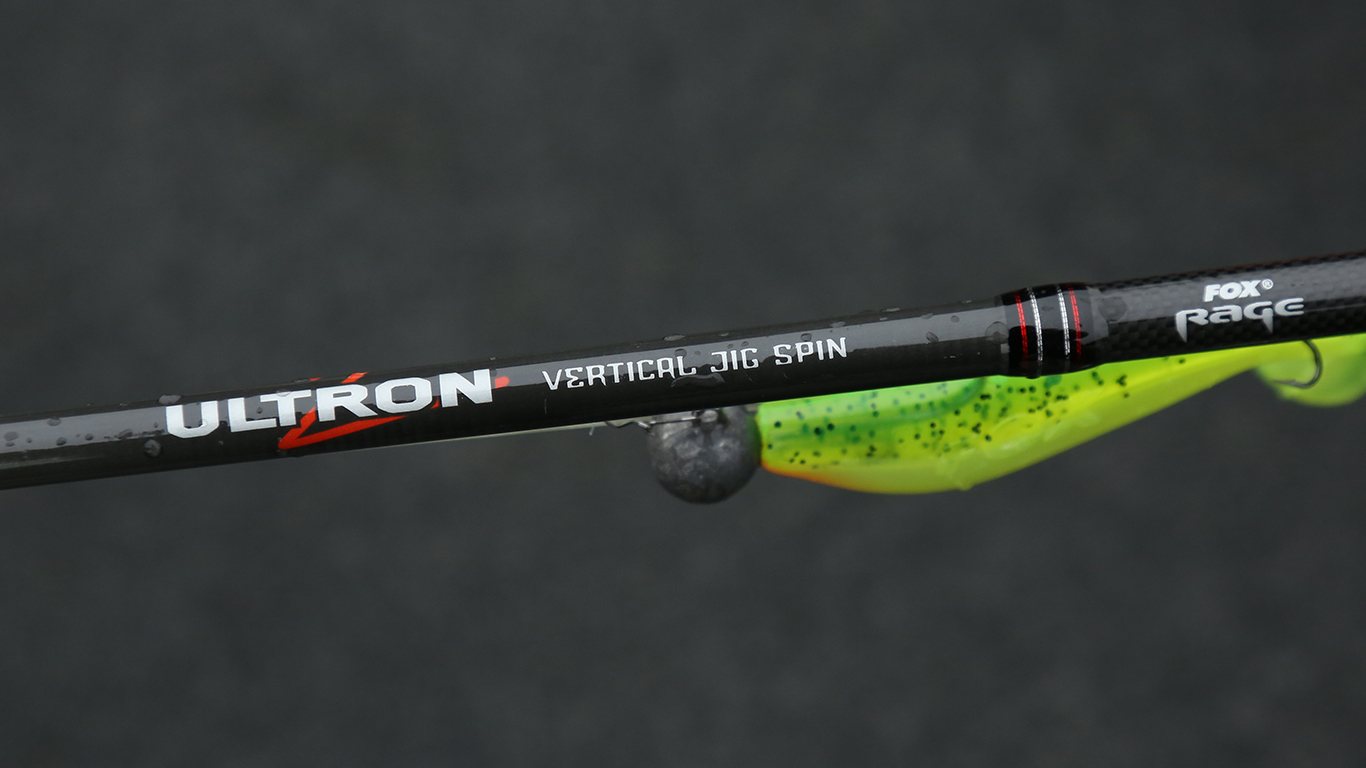 The tackle that Pierre’s using for the job is hugely important as vertical jigging is a very sensitive style of angling which requires well balanced gear. Due to the nature of the fishing it’s all about short rods here. A smaller length rod massively increases the chances of detecting bites as soon as they occur and also cuts down the overall weight of the setup – important when you’re holding your rod for long periods.

Pierre is kitted up with the new Ultron 2 Vertical Jig rod paired with a small 1500 size reel carrying ultra light Jig Silk braid. The diameter of the braid is extremely important to cut through the water and not balloon up under the water pressure on the drift. This ensures that direct contact with the lure is always made. Jig head size is also very important and in the depth he’s fishing in today, Pierre’s finding that 20g is more than sufficient.

After a couple more drifts, Pierre feels something knock at his lure, but he doesn’t make contact. Quite often this can happen when the predators are just grabbing hold of the back end of the lure and missing the large single hook on the jig head. He decides to go back over the same drift, but this time with a short stinger treble added to the back of the Zander Pro Shad.

“Sometimes all you need is a clue that fish are present and on my last drift something definitely grabbed hold of my lure momentarily. This can sometime be just what you need to put more focus on a certain area and I’m sure if I give it another drift or two it will be worthwhile.”

Pierre isn’t wrong and just 10-yards into his next drift a good fish takes his Lemon Tiger Zander Pro Shad. The fish fights hard and stays deep, but before long it’s wallowing on the surface and is lifted aboard. At 75cm it’s a cracking fish and one that brings a very big smile to Pierre’s face.

“It’s always nice to get the first fish in the bag when out shooting a feature, especially when they’re a cracking size like this one,” beams Pierre. “With the conditions being so blustery and difficult, it makes coming out for a few hours well worthwhile.”

With the conditions worsening, Pierre carry’s on for fishing for another couple of hours before finally calling it a day. As well as his first zander, a further two fish have also been boated, with one just slightly smaller than the first. It’s certainly been a fantastic demonstration that even on the toughest days, if you make the effort the rewards are there for the taking. 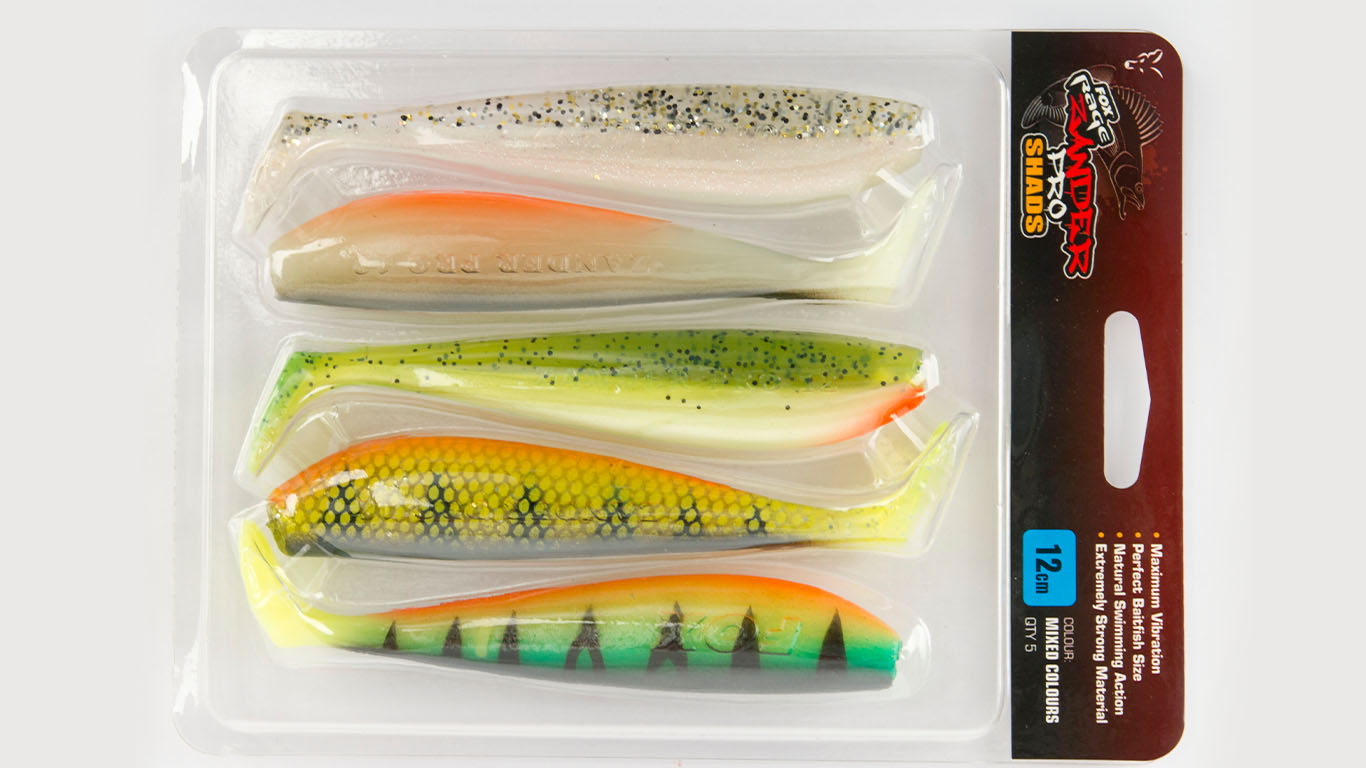 1 You will always be faced with different water clarity from day to day, venue to venue, so always carry a plenty of different colour lures to suit all situations.

2 Make sure you have a good electric engine to help assist you when fishing days with little wind or gale force winds!  Drift speed is very important and you will very rarely have the correct one naturally. 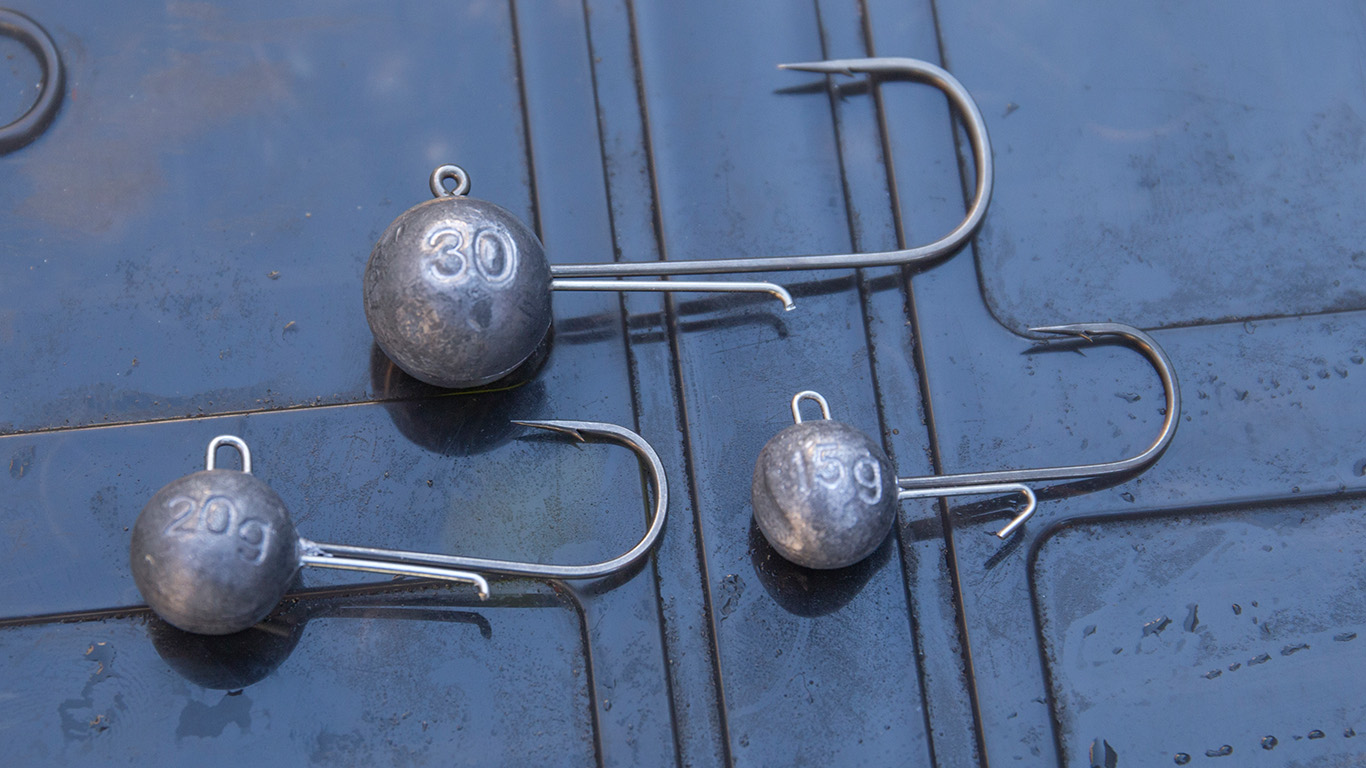 3 – This ties in with drift speed, but always carry a wide range of jig head sizes to make sure you are able to keep your jig vertically under the boat. It always pays to get away with the lightest possible, but sometimes you will have no choice but to use a heavier head. 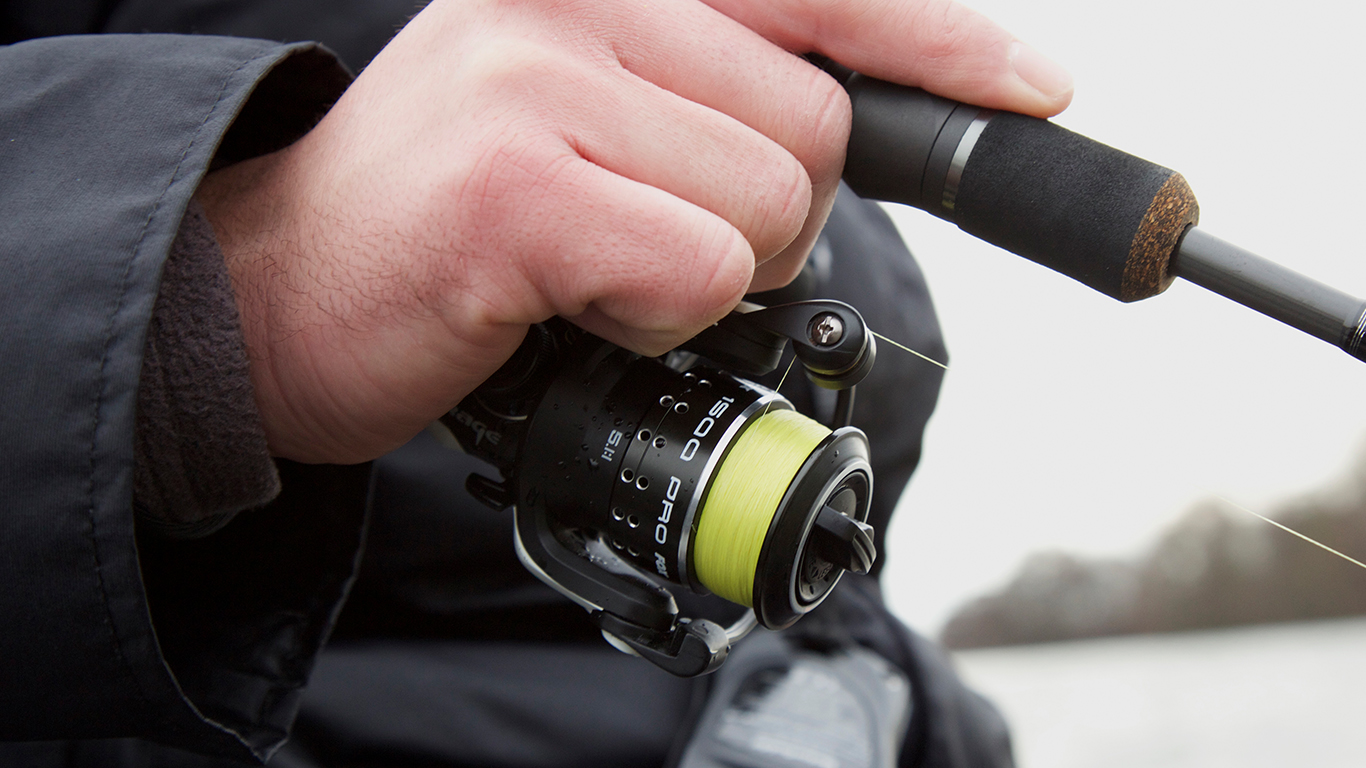 4 – A bright braid such as Fox Rage’s Jig Silk is perfect for vertical work and allows you to keep a close eye on the angle between lure and boat, ensuring that you are fishing as effectively as possible. 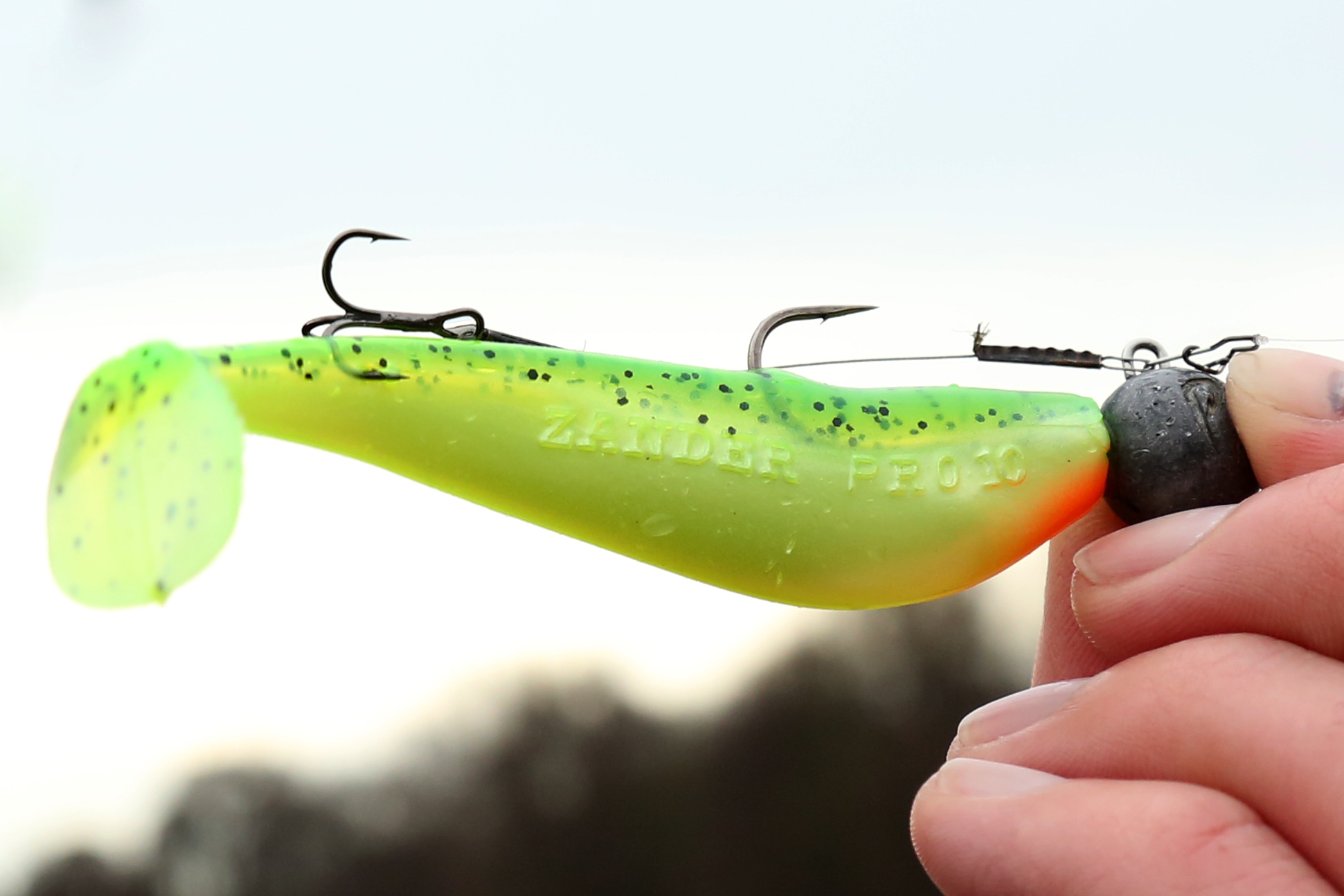 5 – They aren’t always needed, but when you’re struggling to hook fish, add a stinger to your lure, it may just help you boat some extra fish!