So, the Ned Rig! The magic, all concerning rig that catches an incredible amount of fish! Well in case for some reason you haven't heard of it then let me enlighten you. This mid-western finesse rig goes back more than 40 years but was popularised in more recent times by bass fishing legend Ned Kehde, hence the name Ned Rig. Stick worm style baits were cut down to around 2.5 inches and fished on small ball jig heads and later on with mushroom style jig heads. This finesse tactic was a mighty bass slayer over in America and once it hit the UK it was clear to see it was a winner here too. Strike king have taken their time to perfect this rig and also bring something different to the table. There are three baits in the range and stand-up jig heads to match. 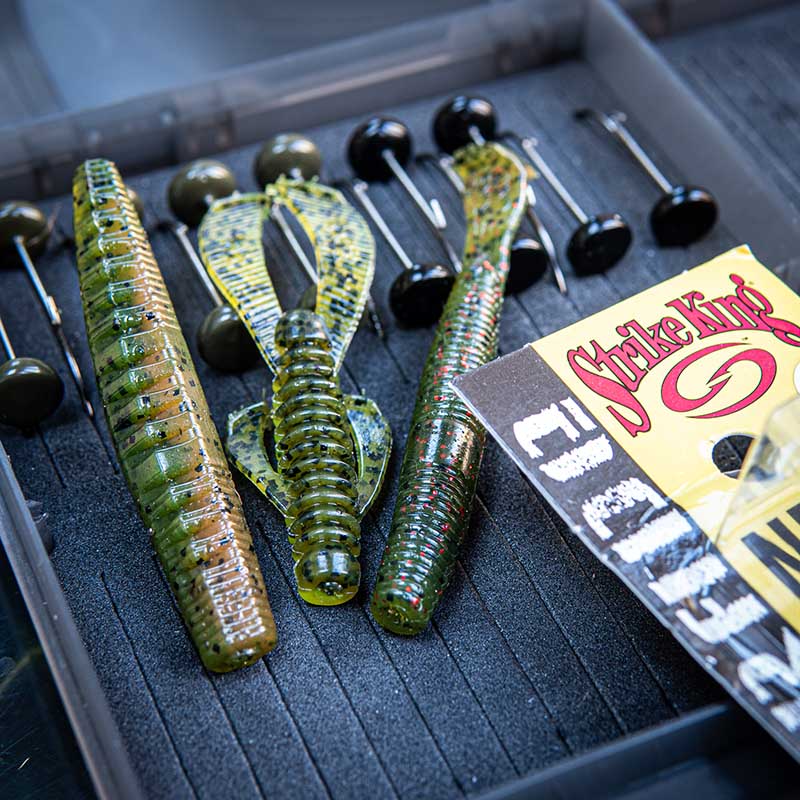 The Ned Ocho gets its name from having 8 sides to it, these flat sides of the lure catch the light penetrating the water to improve its attractiveness. The design of this lure is a straight worm that's 6.5cm in length. It has small cut outs on two sides of the lure that add movement, vibration and also trap air to help it stand up. The plastic itself is Strike King's famous KVD perfect plastic, which is very soft, durable and coffee scented. These baits are loaded with salt which gives them a couple of advantages. Firstly, it makes them heavy, allowing you to cast them a good distance with light jig heads. Secondly the fish will taste the salt and hopefully hold on a second or two more allowing you to set the hook. 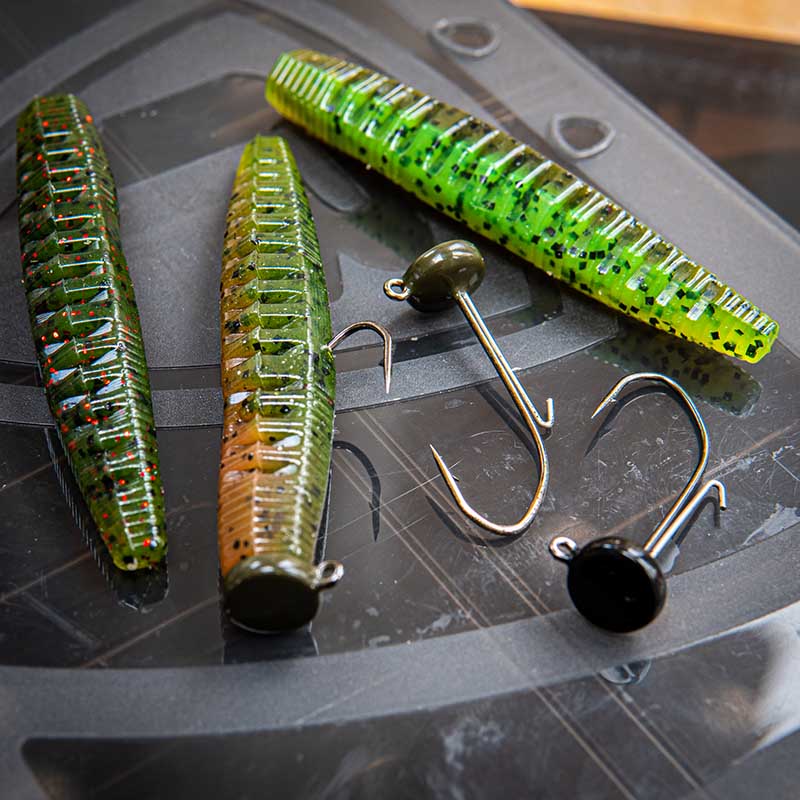 The Rage Ned Cut-R Worm is a standard round profile ribbed worm with a twist, it is finished off with the awesome Strike King Rage tail. The same Rage tail that is found across the range of creature baits and larger worms. So, you have a straight worm made from the KVD Perfect plastic with a Rage tail that's going to be swimming like mad on the fall through the water. At 7.5cm this lure is a tad longer due to the tail on the end. This lure can be used in many ways due to it having a swimming action, a very unique bait. 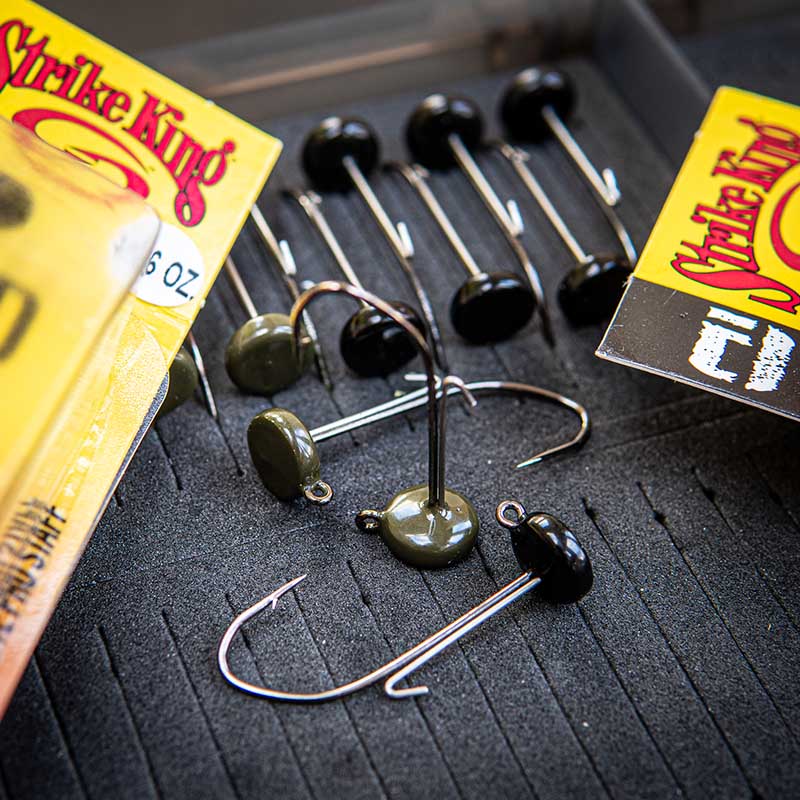 And finally, the Rage Ned Bug, a little creature bait that's specifically designed for Ned fishing. Featuring Rage claws and a ribbed body there is a lot going on with this lure. Again, made with the KVD perfect plastic this dainty little bait is just 6.5cm long. It really comes into its own on waters that contain crayfish however they can also mimic shrimp and any other insect that's in the water. One of my personal favourites this one.

The Rage Ned Bug has all the benefits of a Ned lure, but with the attraction of a creature lure

That's the three lures in the Ned range but what about jigs, well Strike King has you covered. The Tour Grade Ned Heads have a few features that make them stand out from the crowd. Firstly, they have a really flat head on them, not domed like some other Ned heads but totally flat. This allows almost any bait to stand up on the bottom. Secondly the hook itself is a 2/0 eagle claw premium nickel pattern that is just perfect for these lures. The points are extremely sharp and there is also a keeper that holds the plastic in place.

Let’s talk about when you would use the Ned rig. To be honest there isn't a wrong time to use this rig, but it definitely comes into its own when the water temperature drops, and the fish become less active. But like I said with a little bit of thought it will catch fish all year round. This brings me nicely onto the retrieve, something people often get wrong. Slow it down a lot, the beauty of the Ned is once it's cast out it will slowly fall to the bottom and just sit there with very little movement. Take advantage of this, it's this subtle movement that the fish find irresistible. Follow that with small twitches and more pauses, and you will soon work out a pattern. However, there are lots of different ways to fish them and it's best to experiment on the day. 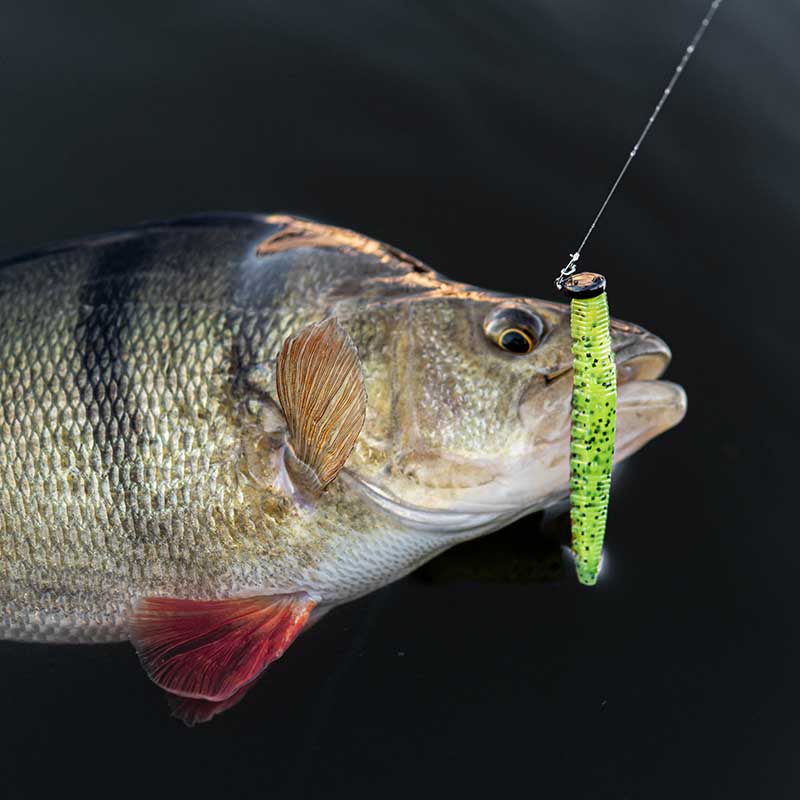 Perch after perch will fall for the Ned Rig charm

What hardware is best. I personally like a light rod for Ned fishing as I'm normally fishing Ned heads around 1.8g, so the 2-10g Fox Rage terminator is perfect for the job. This rod is softer enough not to bump fish but also has power in the but to land a bonus fish if I hook one. Couple that with a 1000 size reel and a 0.06mm to 0.10mm braid of your choice. I then add 3ft of 5-10lb Drop n’ Jig fluorocarbon as a leader and sometimes a small clip if I’m going to be changing baits throughout a session. 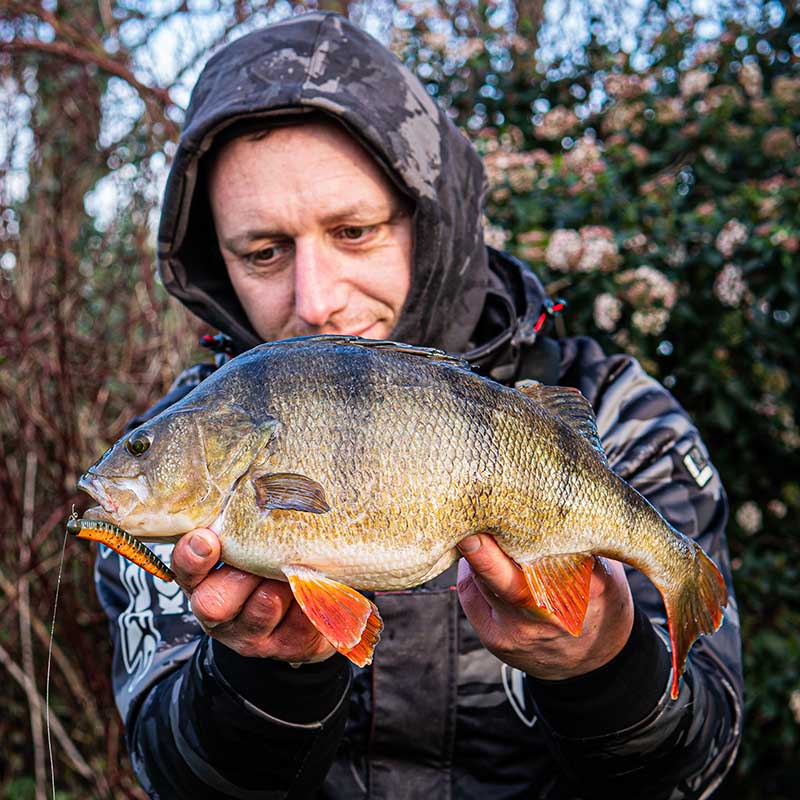 The reward of a Ned Rig fishing session soon comes along

Versatility: Don't be put off by these baits being one trick ponies, there are lots of other ways to fish them. A few of my favourites are weedless rigging a Ned Ocho on a 2/0 offset hook and Texas weight combo, and also fishing the Ned bugs on the dropshot. Use your imagination with these lures and I’m sure they will fit into your fishing in more ways than you think. They are definitely a range of baits that you should have in your lure box. Get out there and give them a go, tight lines. 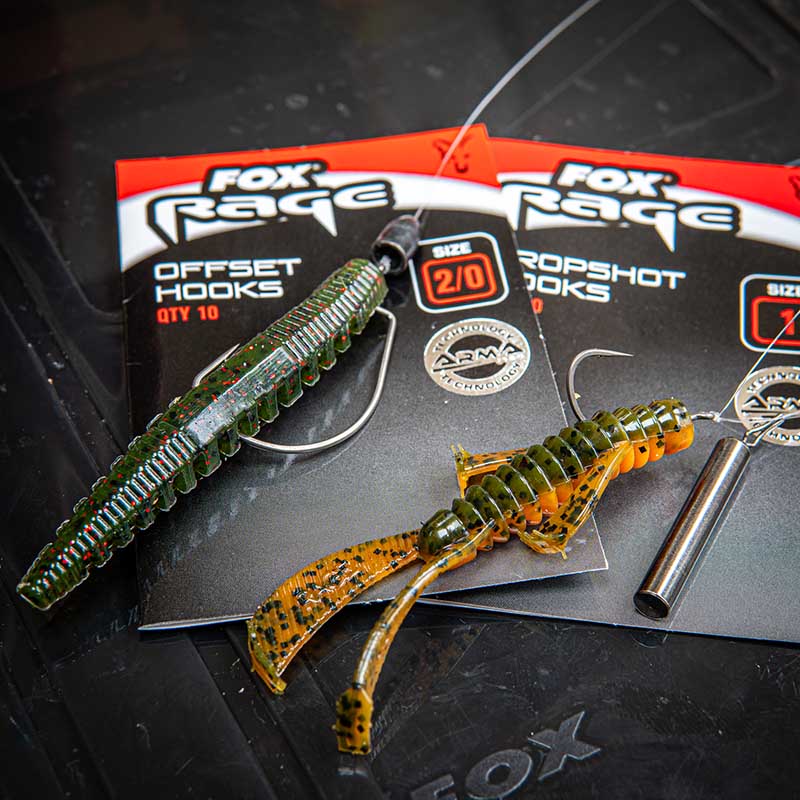 So much more than just Ned lures. Versatility is a big key to success