After months of coursework and exams I can tell you I was absolutely itching to get back out on the bank and get some lures wet. So, when the opportunity to fish Rudyard Lake in Staffordshire, England, with a bunch of guys from the Stoke and Staffordshire Lure Anglers came up, I leapt at the chance.

Initially the plan was to target some of the big perch that reside in the venue, and with several days of warm, muggy weather before our trip, we knew it was likely that the fish would be up on the shelf feeding on the large shoals of roach. 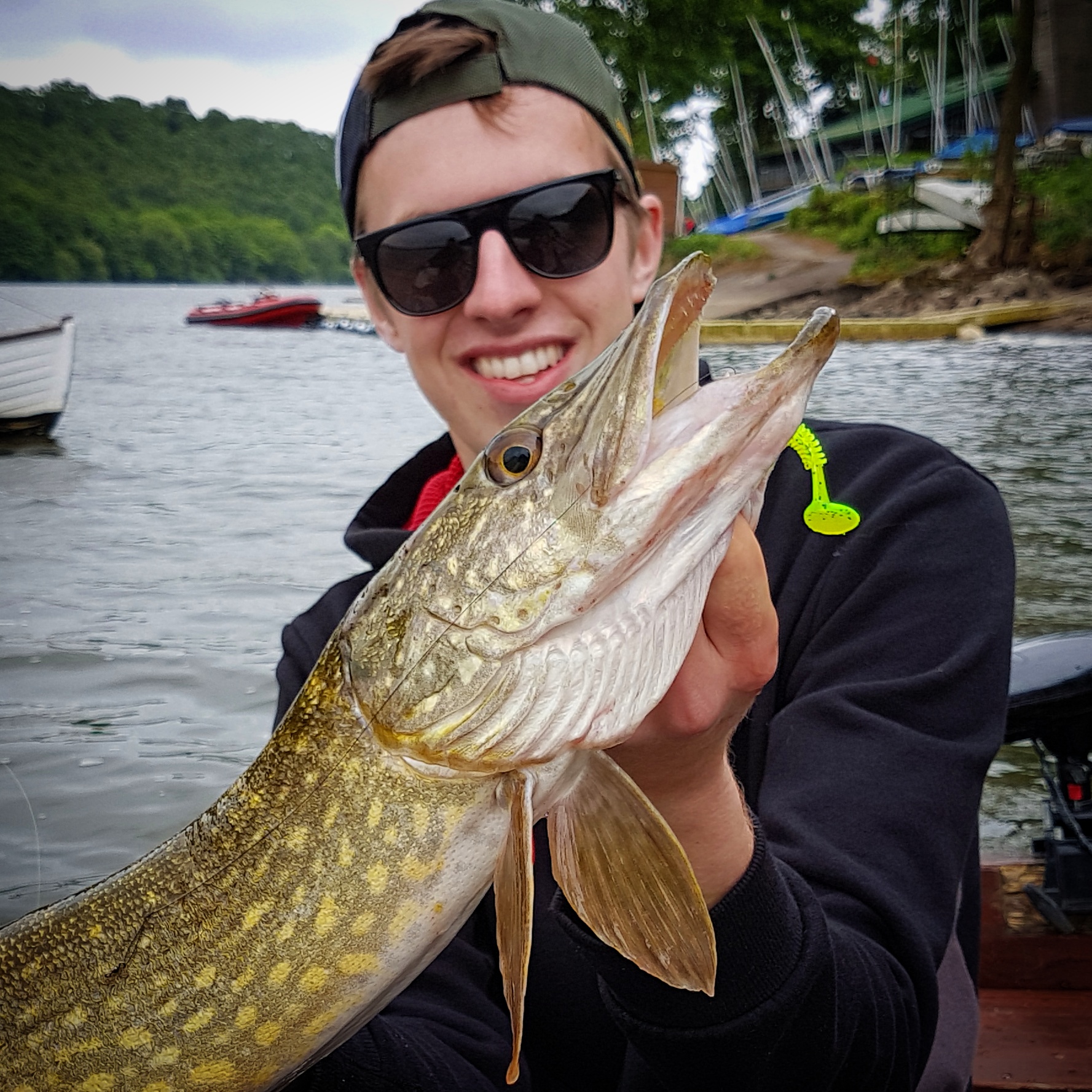 I started by trying to find the fish with the Micro Grub tail on a 5g Micro Jig jig head. When fished on a slow, straight retrieve this little lure is one of the best “fish finding” soft plastics around and it worked the 10ft shelf brilliantly. However, it quickly became apparent that the perch were not feeding at all with only a few small “wasps” coming to the four boats that we’d taken out on to the water. This called for a change of plan resulting in the pike becoming the main target. But first we had to find them.

With depths of over 30ft location of the species was going to be no mean feat. However, with the warm weather it was likely they’d be in shallow water.

A versatile 9cm Lemon Tiger spikey shad was rigged onto a 7g jig head and with a slow retrieve including slight twitches it instantly brought results with several jacks coming to the boat. 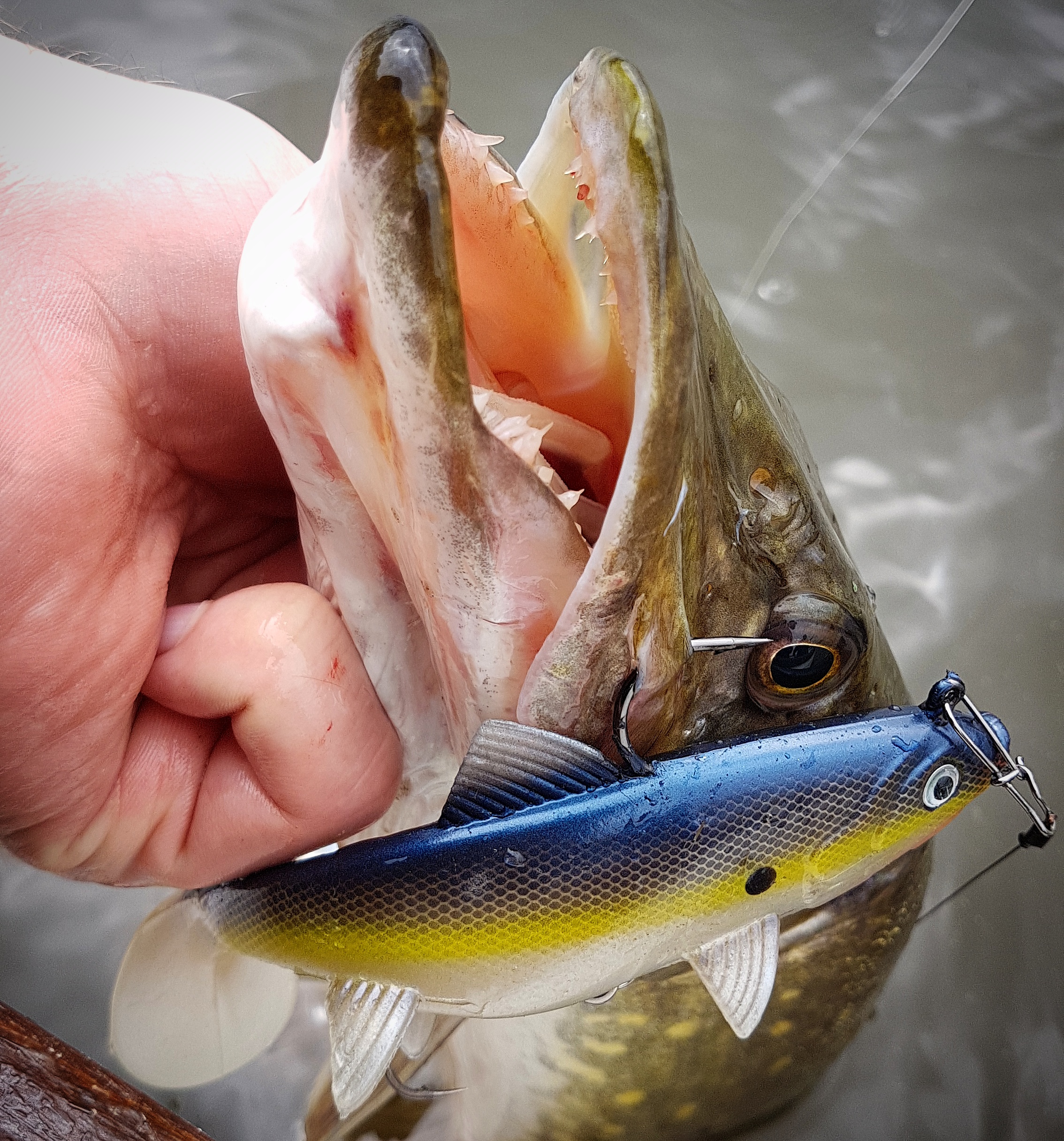 The first couple of fish came in quick succession from around 6ft of water, however the sport dried up as quickly as it had started. Whenever I’m struggling to find pike the one lure I can always rely on to deliver results is the 14cm Replicant. Its realistic body shape and oversized paddle tail just seems to drive them crazy. By casting along the shelf in between 10 and 20ft of water the pike once again came thick and fast with five hungry predators in quick succession, including a couple of better fish.

Using lures with bags of action like the spikey shads and Replicants entices the fish into takes even when they aren’t feeding, as a result they’re extremely useful at locating the fish, making them of huge benefit new waters. 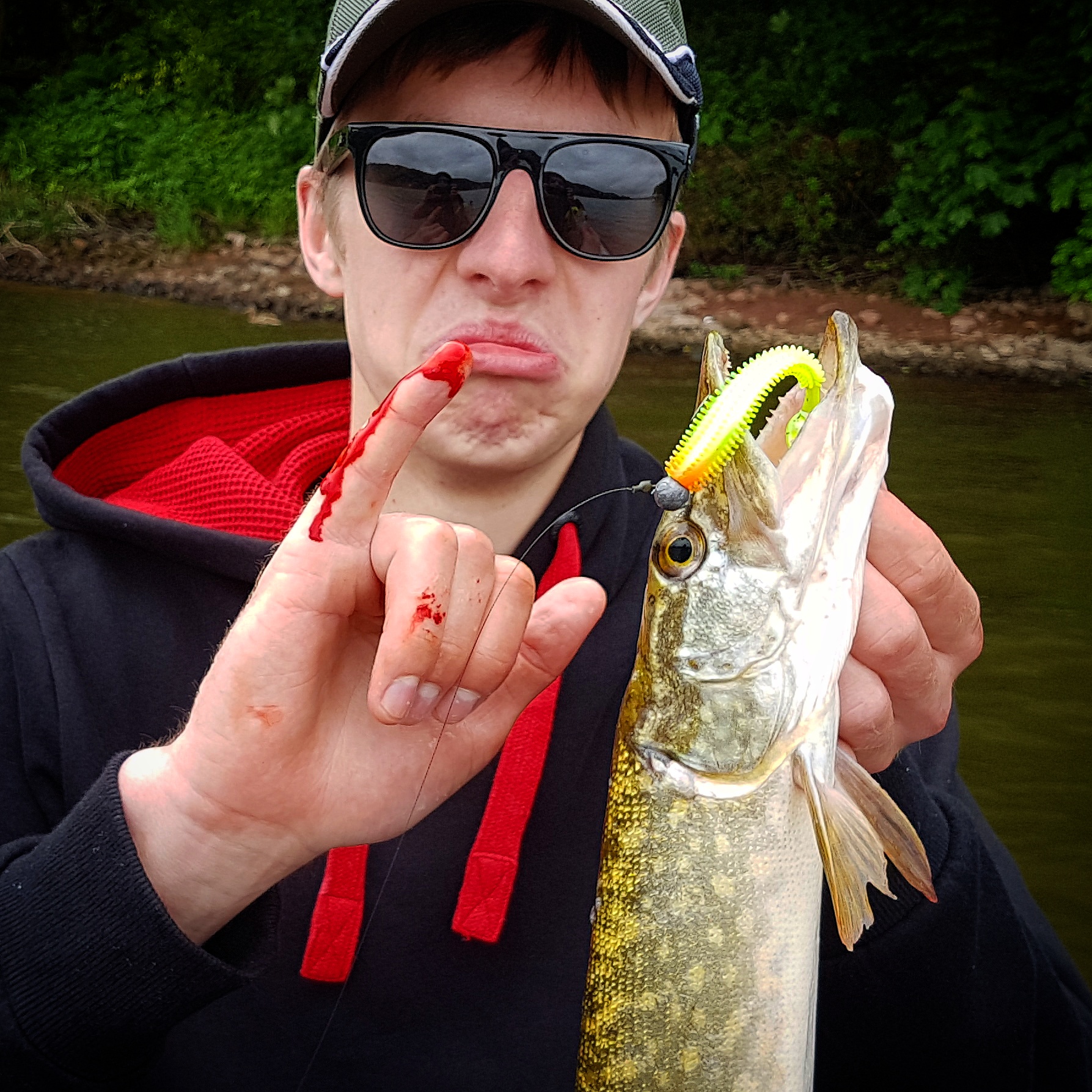 After the successful day at Rudyard I wanted to try another new water which I’d been meaning to target. The Grand Union canal running through Leicestershire offers some relatively isolated spots which are very under fished, spots which I was sure would contain some surprises. 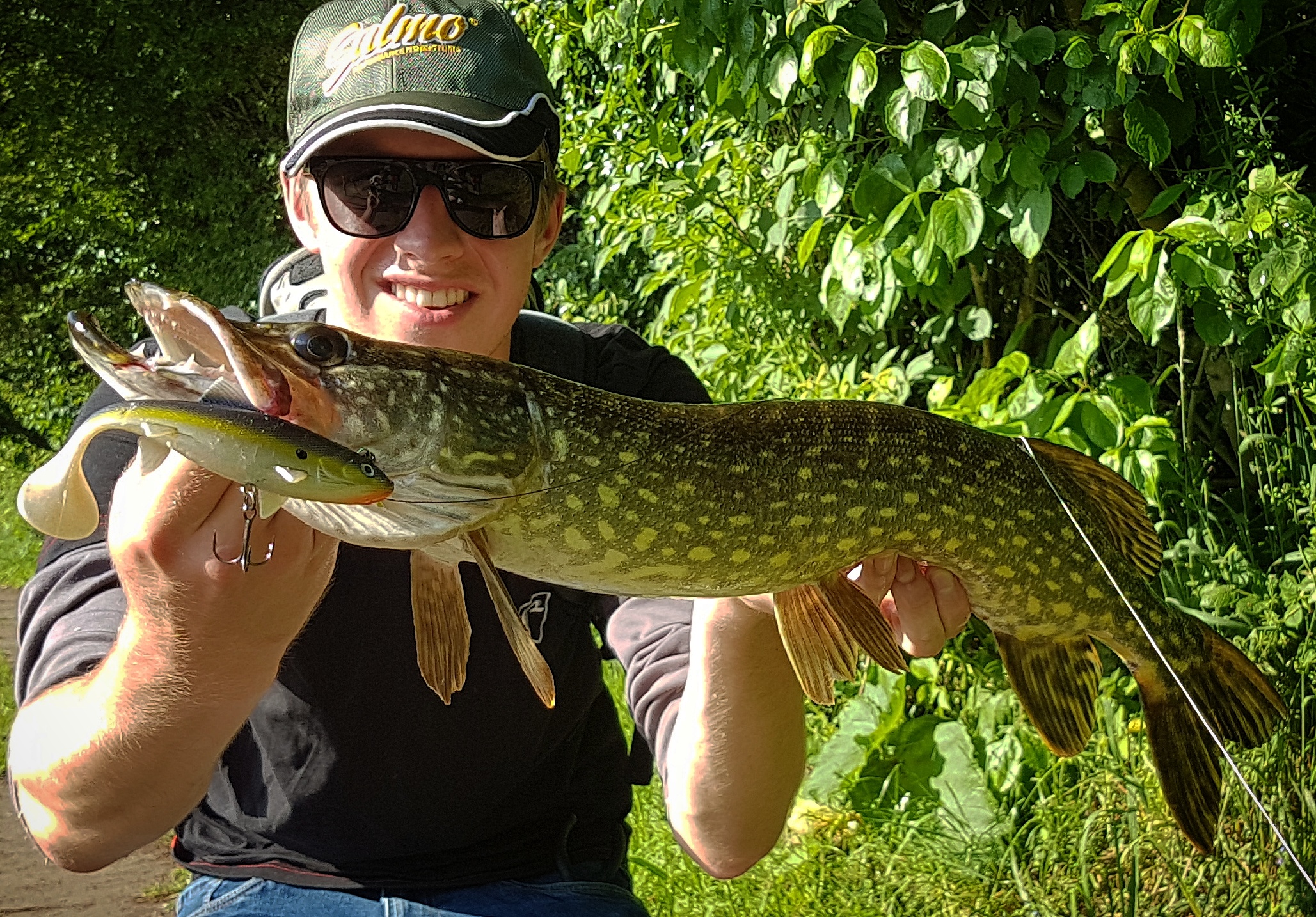 I started by targeting the pike, I wanted to explore as much of the network as possible and find targeting the pike with lures to be pretty fast paced, enabling me to cover ground and locate the baitfish and therefore more predators.

On arriving I found most of the network had weed to the surface and the baitfish were fairly widespread along the 5mile stretch I was looking to cover. Initially fishing was slow with boat traffic being steady until 5pm, however as the sun started to dip below the horizon the canal really came to life. 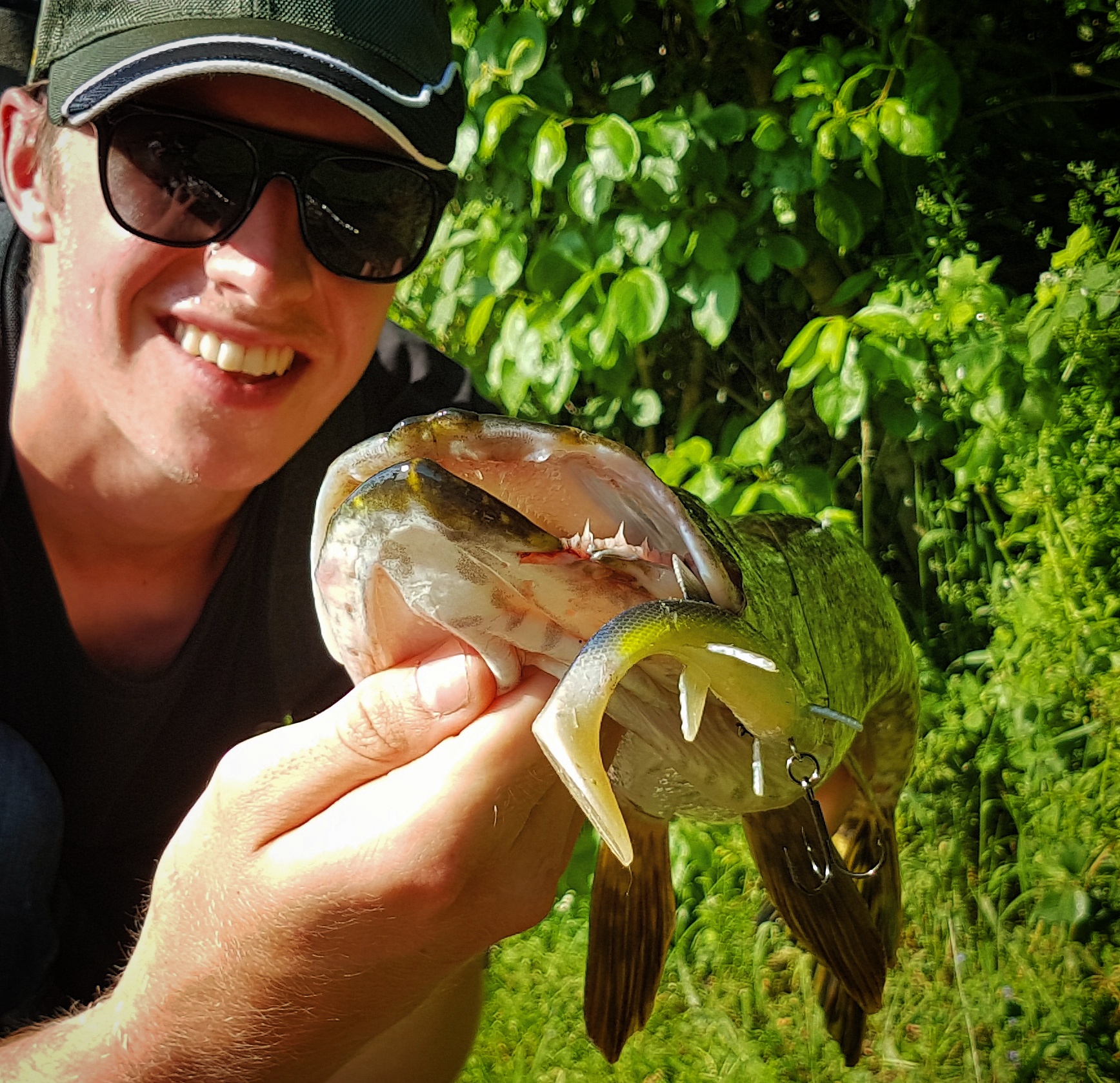 I opted for a 14cm Replicant in Roach pattern due to the clear water, I fished it with the rod tip high on a steady retrieve so it was no more than 8 inches below the surface waddling its enticing way through the gaps between weed beds. This brought a couple of ambitious jacks but it was clear the fish were deep in the weed.

I switched to a floating Salmo Slider to try and draw them out and the results were immediate with some spectacular takes off the surface with a couple of pike exploding on the hard bait and cartwheeling into the air. As I worked my way up the canal the fish became more and more densely packed with another four pike coming to both the Sliders and the Replicants. 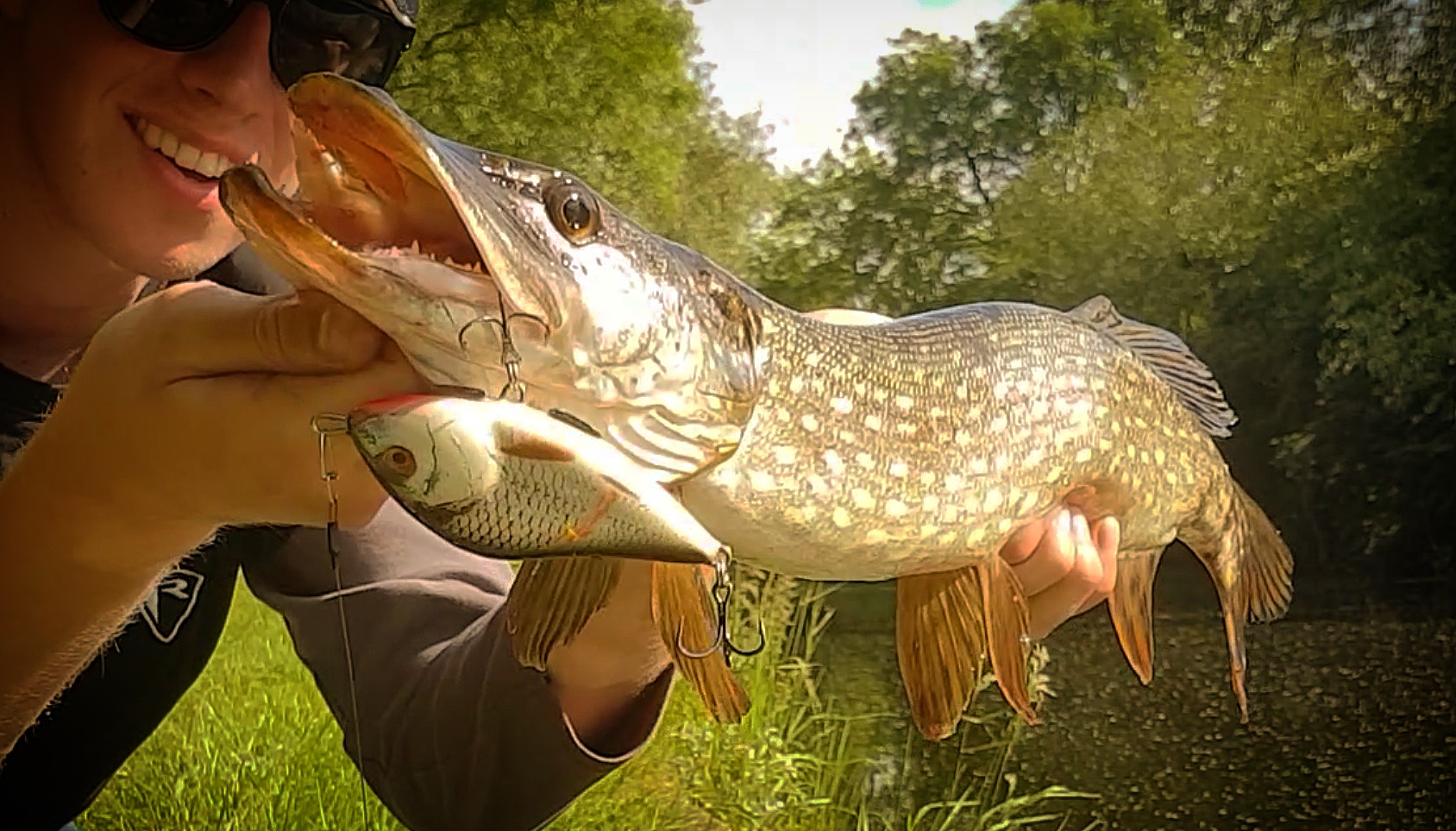 On my way back to the car I couldn’t resist trying a 6.5cm deep running Salmo Rattlin Hornet under the bridges in the hope of a big perch. By slowly retrieving it and bumping the lip over the canal bed I had a couple of solid takes and good perch on the bank to top off a great afternoon. Covering as much ground as possible on the new venue was essential and although it meant I wasn’t fishing as effectively as possible I was able to find the main fish holding areas which were targeted on the next sessions. It’s all part of a bigger game plan! 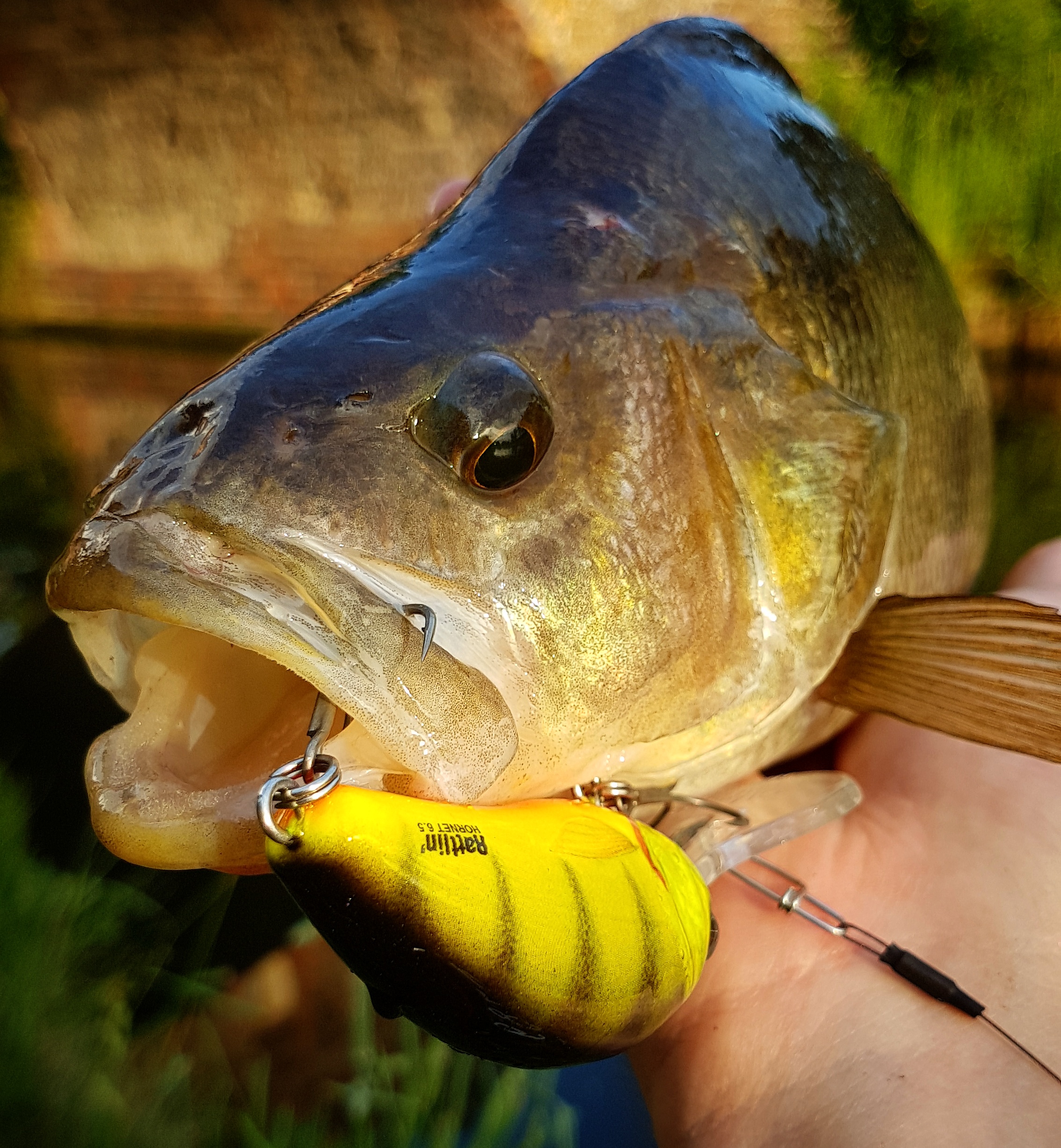 After the good perch on the previous day I returned to the canal with the view of finding some more good fish. The bright sunshine meant the fish had other ideas and really weren’t interested in feeding at all. A Micro Fry brought a few wasps though, again another lure with bags of action that will provoke hits even when the fish aren’t feeding, the oversized paddle tail gets the perch snapping at it out of irritation if nothing else. I targeted all the likely areas; overhanding trees, bridges and marginal walls but the fishing was slow and my short, evening session was looking like it might well be a blow out. However, things can change in the blink of an eye in fishing. 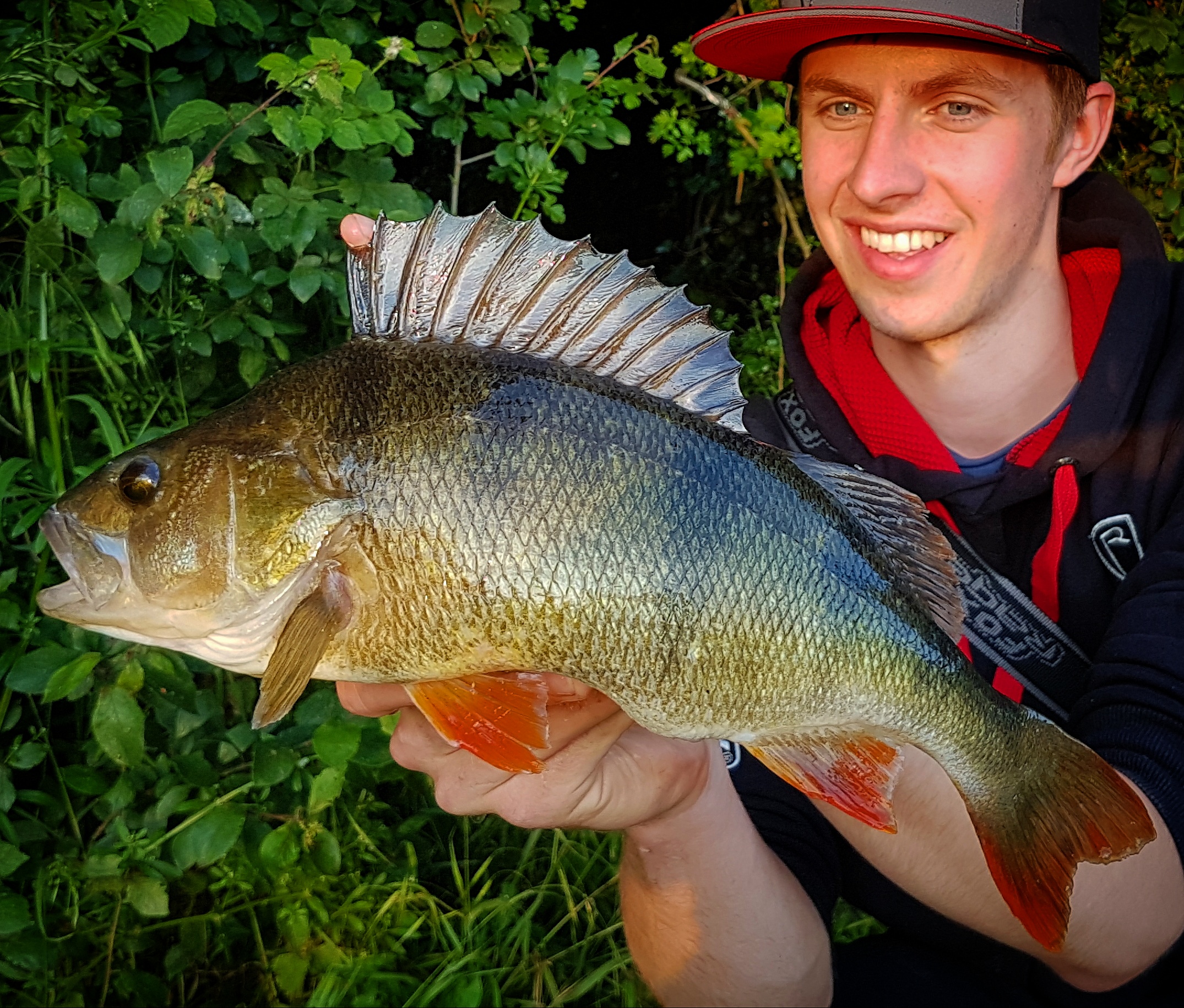 I was targeting the inside wall of a lock mouth when I had a very subtle slow take which could easily have been mistaken as debris on the canal bed. I struck into it and all hell broke loose. Straight away a huge perch shot to the surface, a sight that set my knees trembling. The fight that followed was the best scrap I’ve ever had from a perch with my light Terminator Pro rod doubled over as the fish dived towards ever bit of cover in the area. With a tiny size 6 hook and a very dodgy hookset I played the fish incredibly delicately, but it paid off and eventually its stripes slipped into the net. At 45cm it was a new canal length personal best for the species and a fish that I’d certainly like to meet again in the winter when she has a full belly. 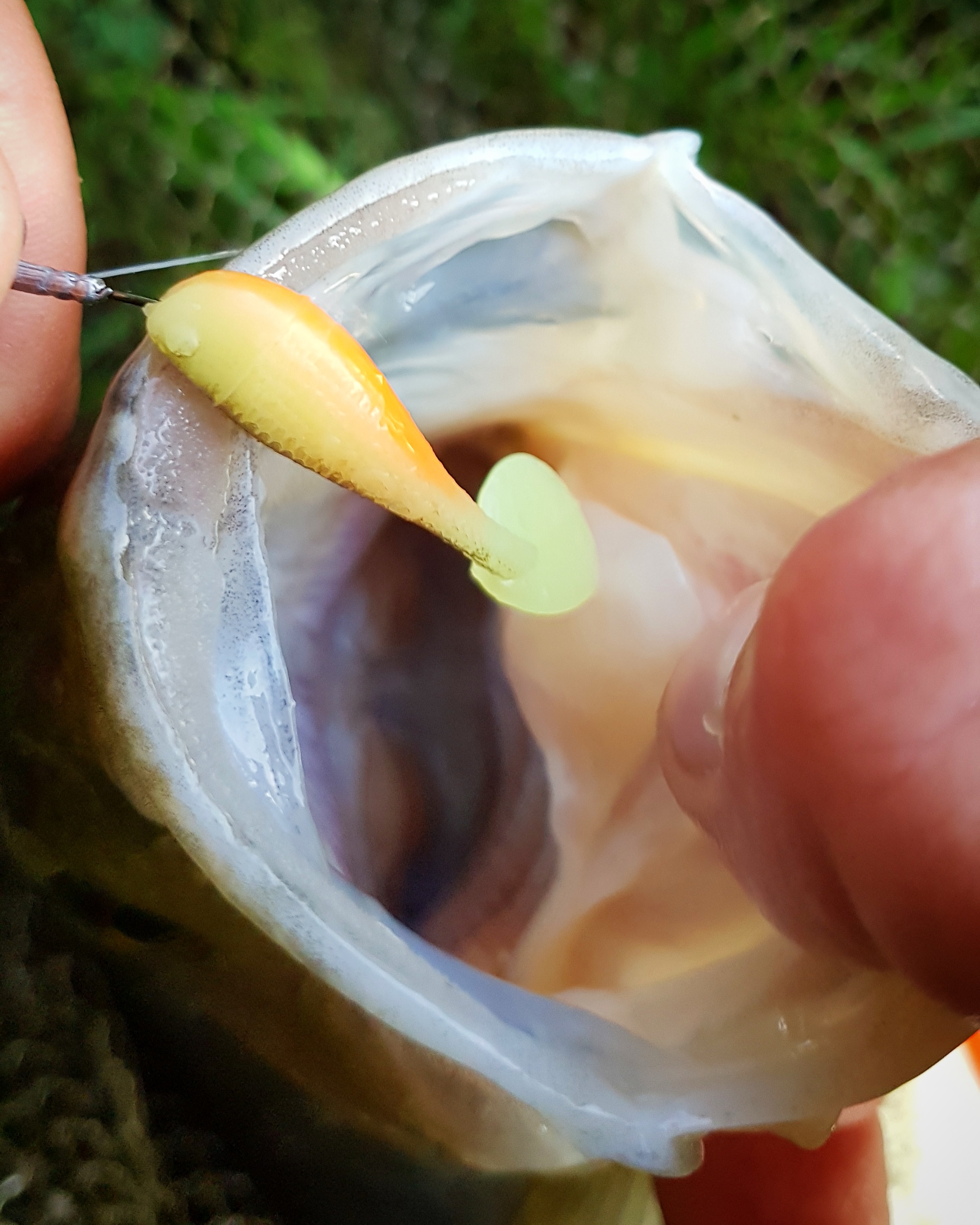 That fish topped off a fantastic couple of days on a new venue and one I’ll definitely be going back to in the coming weeks. Yet again covering ground was the key, I’m sure a dropshot set-up would have brought more fish to the bank, but I’d have only been able to fish a short stretch of canal in the couple of hours on the bank and big canal perch like that are few and far between.