Recently I managed to get out for my first proper session on the perch this year – long over due and a fishing session I was very excited about.

After a week in the sun on a stag due feeling a little bit worse for wear, a very good friend of my Mike the Pike Briscoe invited me into going for a chuck on the Lancaster canal.

The canal is my local stomping ground, and I know it well, but getting onto the tow path and having a look at the water things didn’t look good. The boat traffic was high, there was a barge a chuck coming through making the going hard. Plus, with all of those motors trudging along the canal churning things up, the water clarity was poor. We fished hard, going through pretty much every lure type and colour I had in our boxes but with nothing to show for our efforts.

We didn’t want to be beaten though, so we made an executive decision -  jump in the van and try and find some clear water with less boat traffic. Heading into Lancaster Town Centre was a great move as the water is nearly always clear here and the boats are usually in fewer numbers. And with the area being built up and having all the right features we knew our chances of getting a bite or two would be much improved.

On the bank then and the first stretch in front of us offered two basins and plenty of moored up boats that would hopefully hold a few perch – our target for the day.

We managed to sneak a few small perch tight to the boats which saved a blank – always a relief – but bites were still hard to come by. We kept moving down along the tow path, casting, retrieving, changing lures and looking for fish, until we came to the first Pub. Fish and chips washed down by a nice cold beer helped to keep us going – well, it would have been rude not to...

Fed and watered we moved to the next bridge which had produced for me in the past. Unfortunately there was nothing for me this time so we soldiered onto the next section. 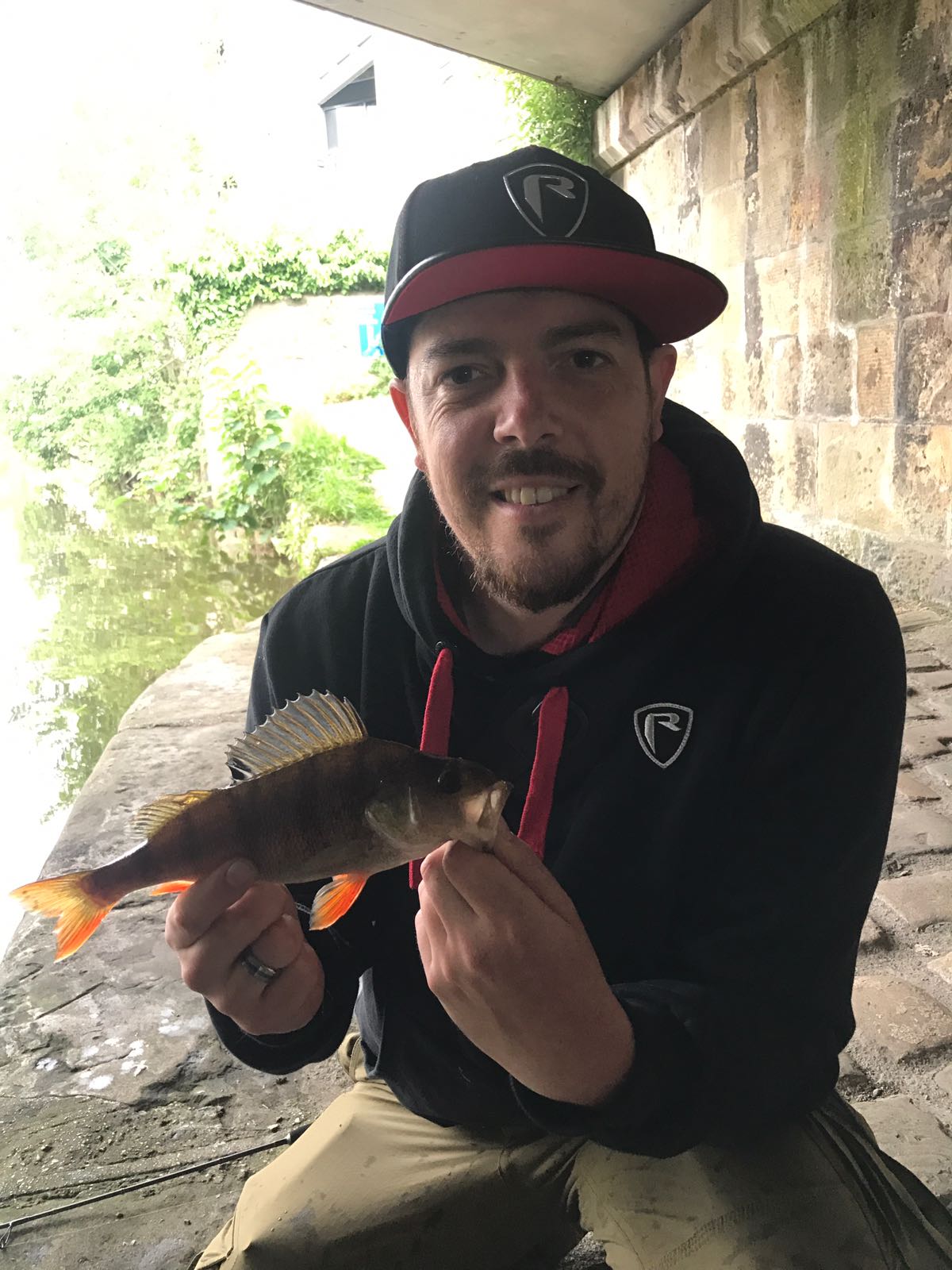 Finally we hit pay dirt. A good stamp of fish was found with Spiky Shad in Salt and Pepper colours on Micro Jigs. The fish fell to the power of the vibrations created by these awesome little soft plastics.

The best presentation was a slow retrieve along with a good bounce. This saw the fish coming think and fast with the Best going just over the 1lb mark.

Pretty much all of the perch were found tight into the stones of the bridge or down the middle in the deepest water, hiding in the shadows. 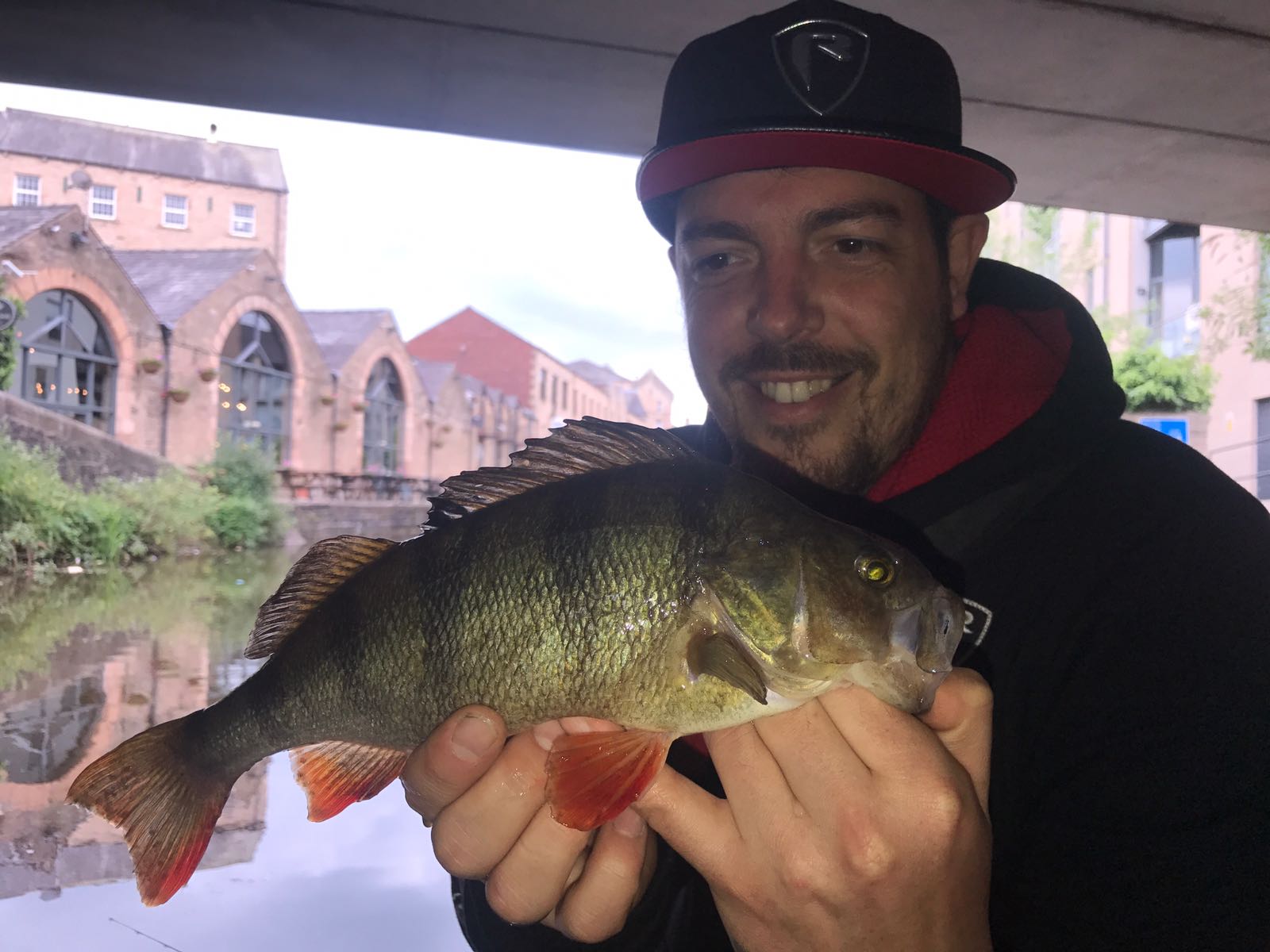 Location was everything and once we’d found where they were hiding it was like shelling peas. A great end to a long walk and well worth it when you get a good run of fish.