Bristling with attitude and a tenacious greed that few other predators can match, the perch is the striped thug of the underwater world. Tough, exciting and found in a multitude of water types across Europe, as a species perch also offer great sport throughout their size range.

If you’re after plenty of bites, hunting down shoals of sub pound-sized fish on light gear can be as much fun as it gets when lure fishing. But, if you want something that really pulls back with a head-banging determination that gets the blood pumping, big perch are where it’s at.

Once they get to over 2lb in size, perch take on a special place in the anglers’ target list. Chunky and often difficult to catch, get them over 3lb and you’ve landed a very special fish, go over four and you have the catch of a lifetime!

Rager Jason Stokes is a big fan of the perch, going on the hunt for them at every opportunity. We caught up with him to get the low down on his thought process in catching more and bigger examples of the striped predator. 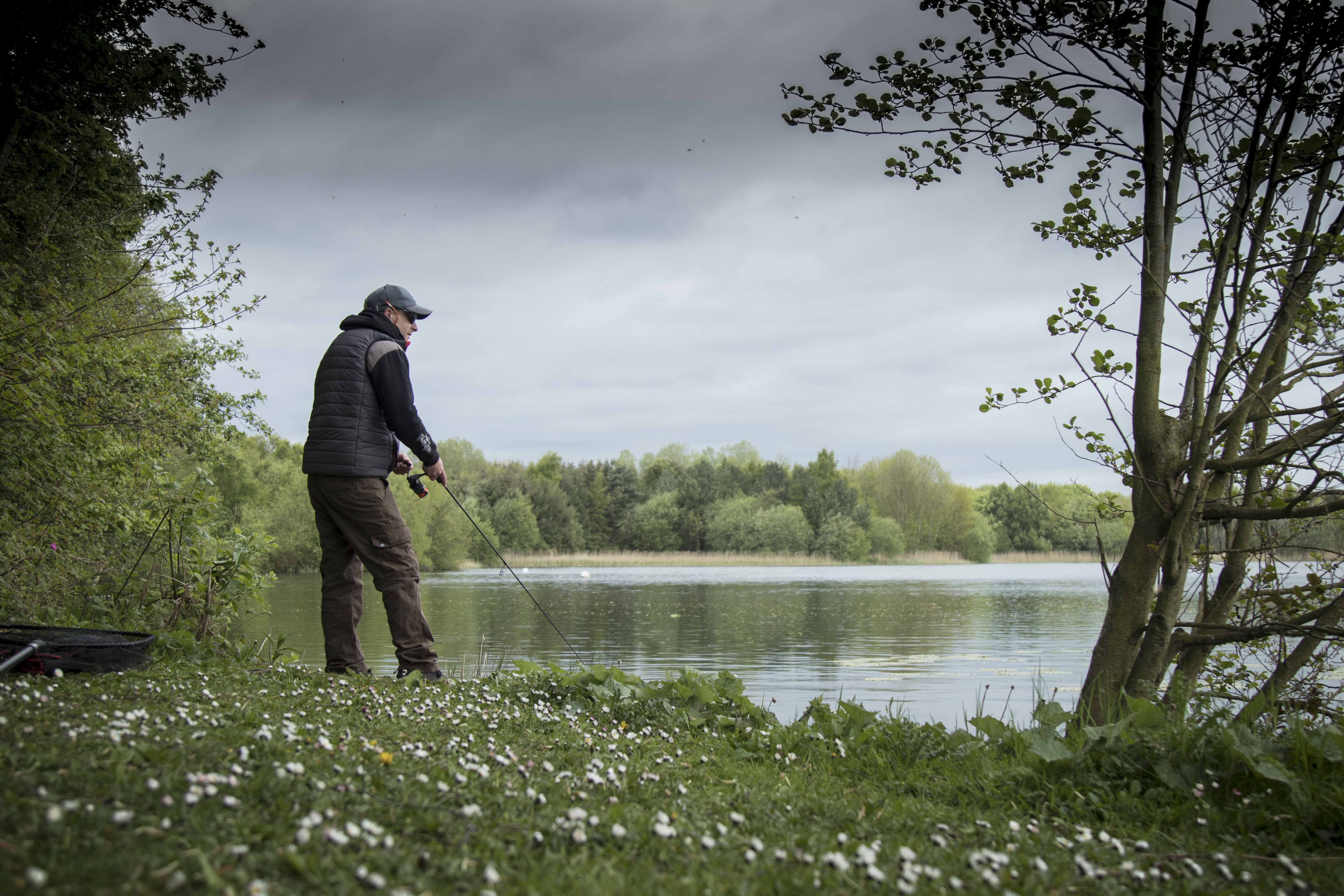 Before anything else Jason will work out where he thinks the perch will be. Like any form of lure fishing, watercraft is the key to success.

Firstly, what Jason is looking for on any water is above the water signs of likely hotspots. The brief here is to find areas that will give the perch shelter and confidence to hunt, and, just as importantly, that will also give shelter and confidence to bait fish which will draw the predators in. These include the usual reed beds, trees over the water, lilly pads, walls or other man-made objects etc. basically anywhere that will over shelter.

Hugely important to this is the use of polarized sunglasses. Not only will these allow you to see more of the structure and foliage below the surface, but you might also spy prey fish or even the perch themselves – making your life a lot easier. 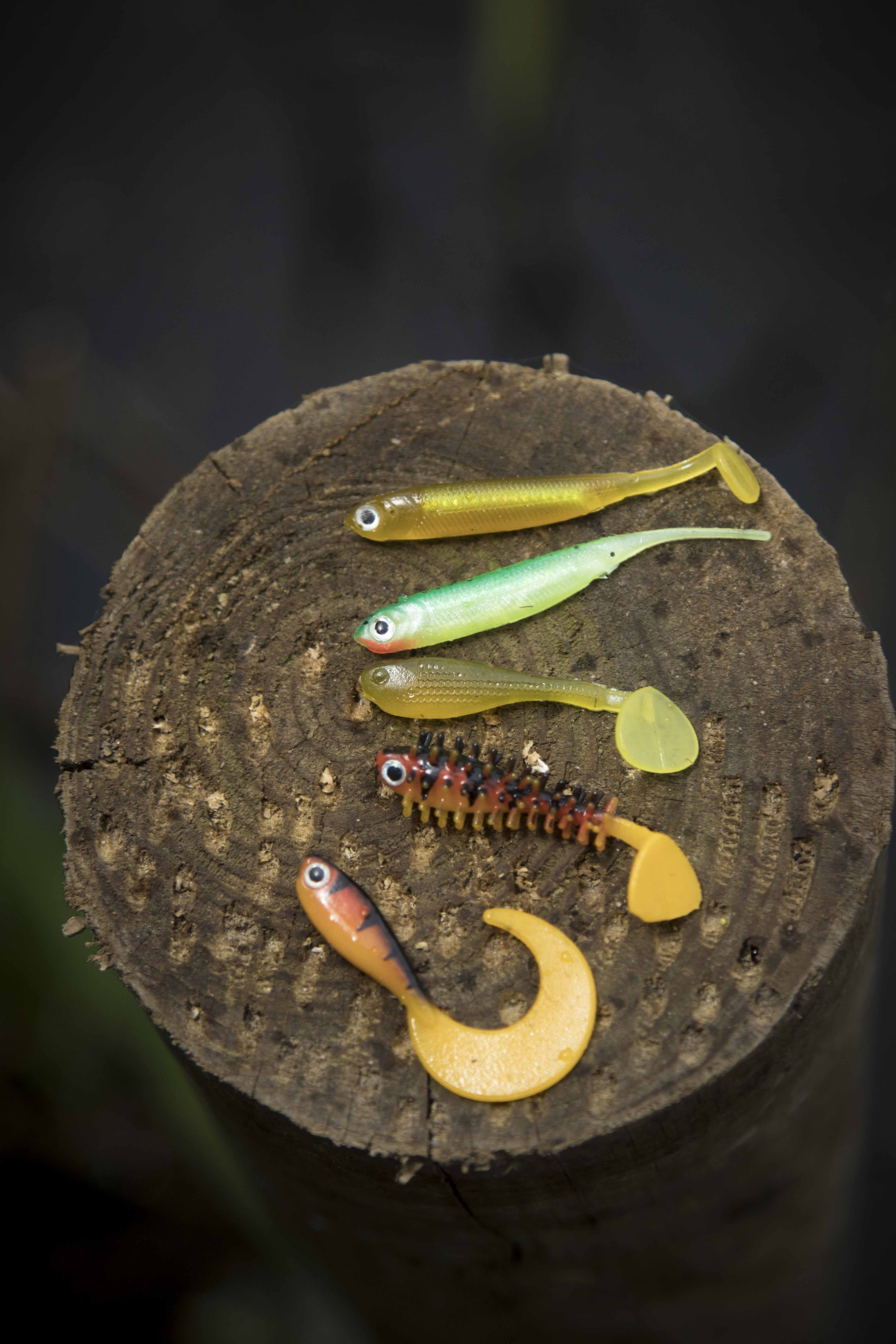 Once you’ve found a likely looking spot, the next thing Jason advises is to map it out. Not necessarily for structure, but to find out where the fish were. For this cast a small lure around, something like a 4cm Rage Micro Fry. Work the area systematically, making sure you cover as much of it as possible. The idea here to work out where the small perch are as they will pretty much always be up for hitting lure if you run one of a relevant size past them. If you do start to get hits and catch a few smaller perch then you will have worked out where they are sitting in the water. At this point break out the bigger lures and work them around the edges of that area.

Big perch tend to hang back from the main shoal – if they’re big enough, the smaller perch often can become their prey too – so running a lure around the sides of the smaller fish can often produce a decent fish or two. 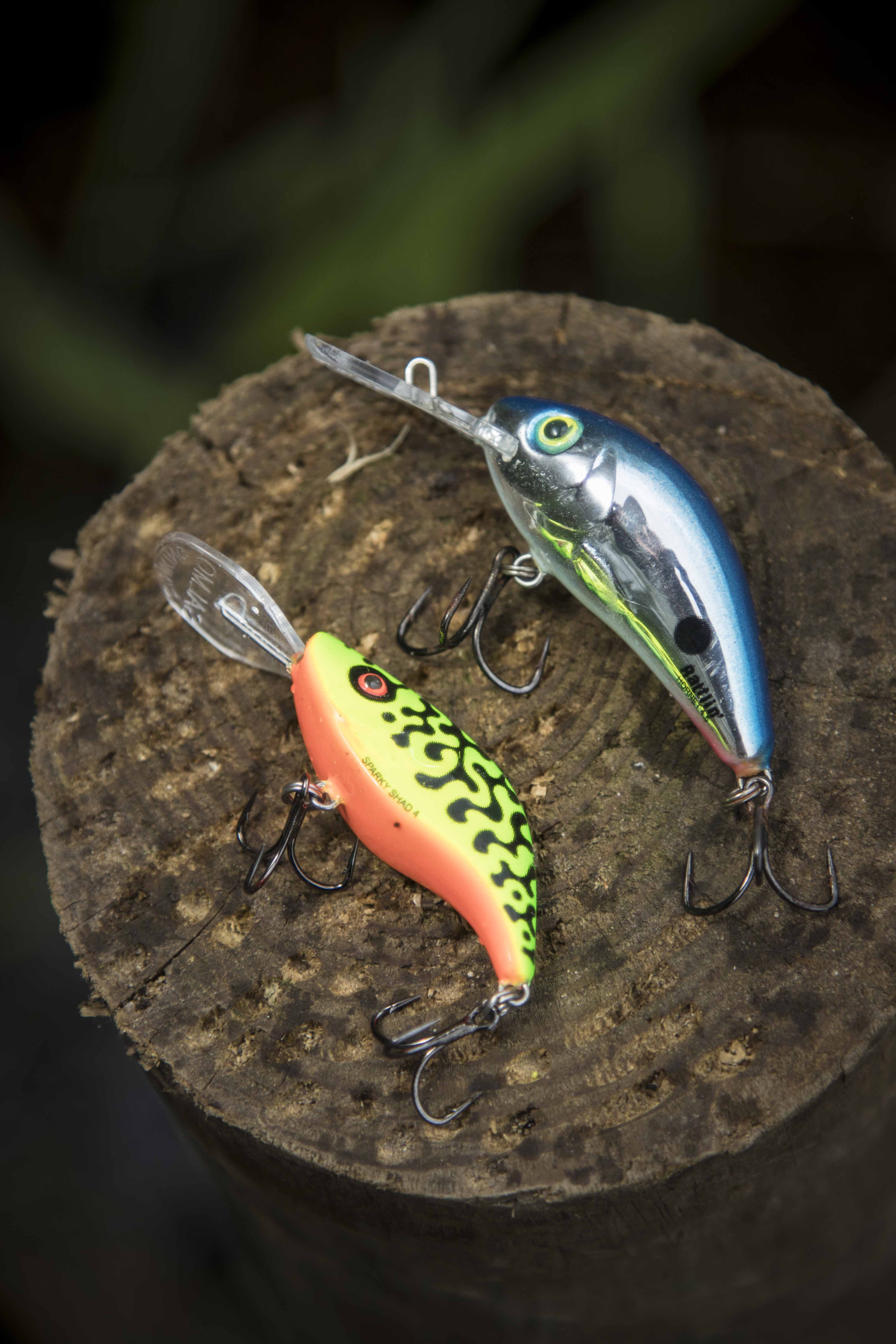 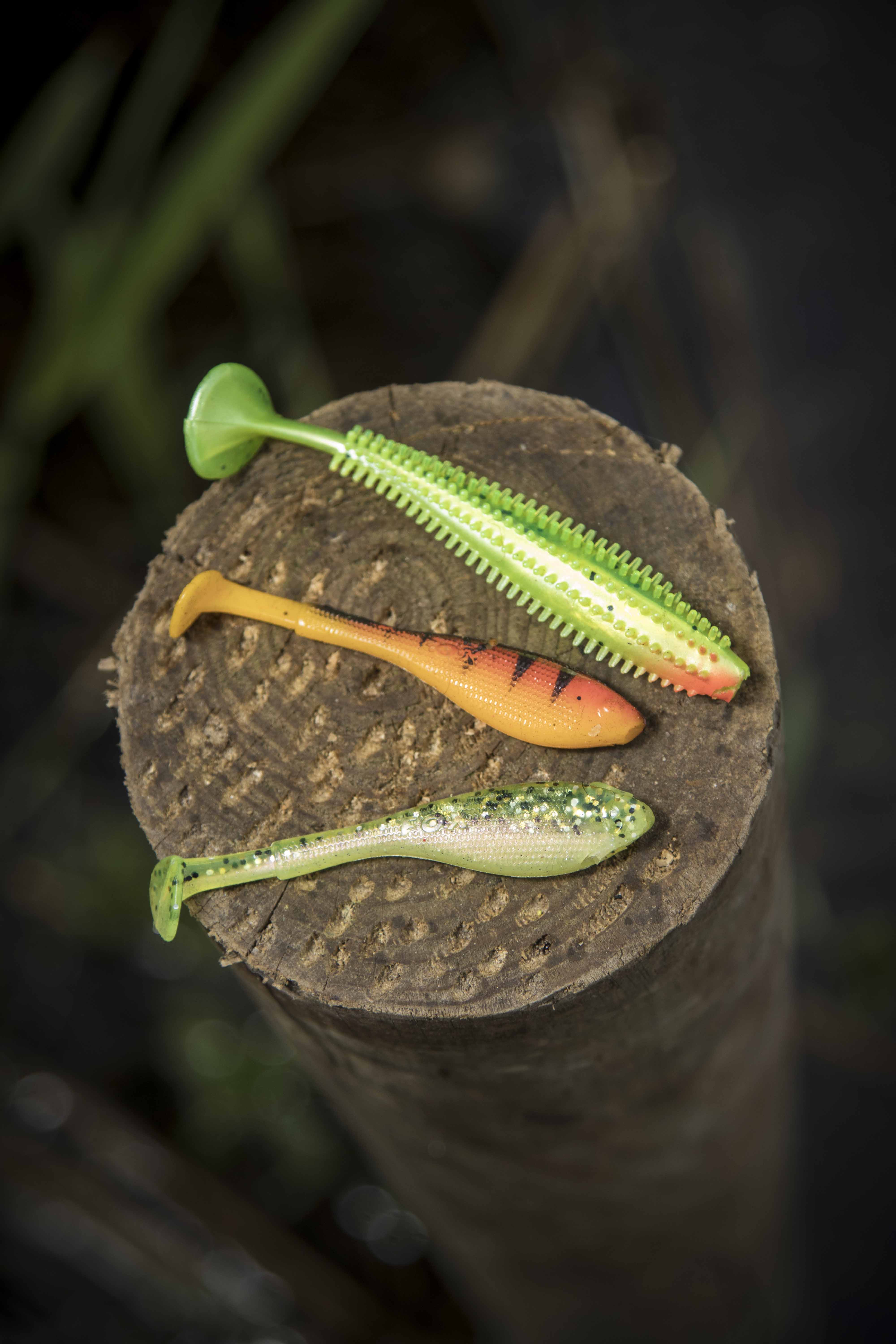 At this time of year the perch will be up for a chase, and Jason would opt for a mix of soft and hard baits to get them striking. Soft-wise go for lures around 8cm in length. If you’re after bigger perch there’s usually no point in messing around with smaller lures, especially when there are tiny perch around. Rage Tiddler Fasts and Spikey Shads are perch magnets and fished on a jighead they will often be engulfed by a striking perch, folding up with the single point finding a hook hold.

On the hard bait front Jason really rates the 10cm Salmo Skinner and 5cm slider – both of which he regularly catches perch on by design. 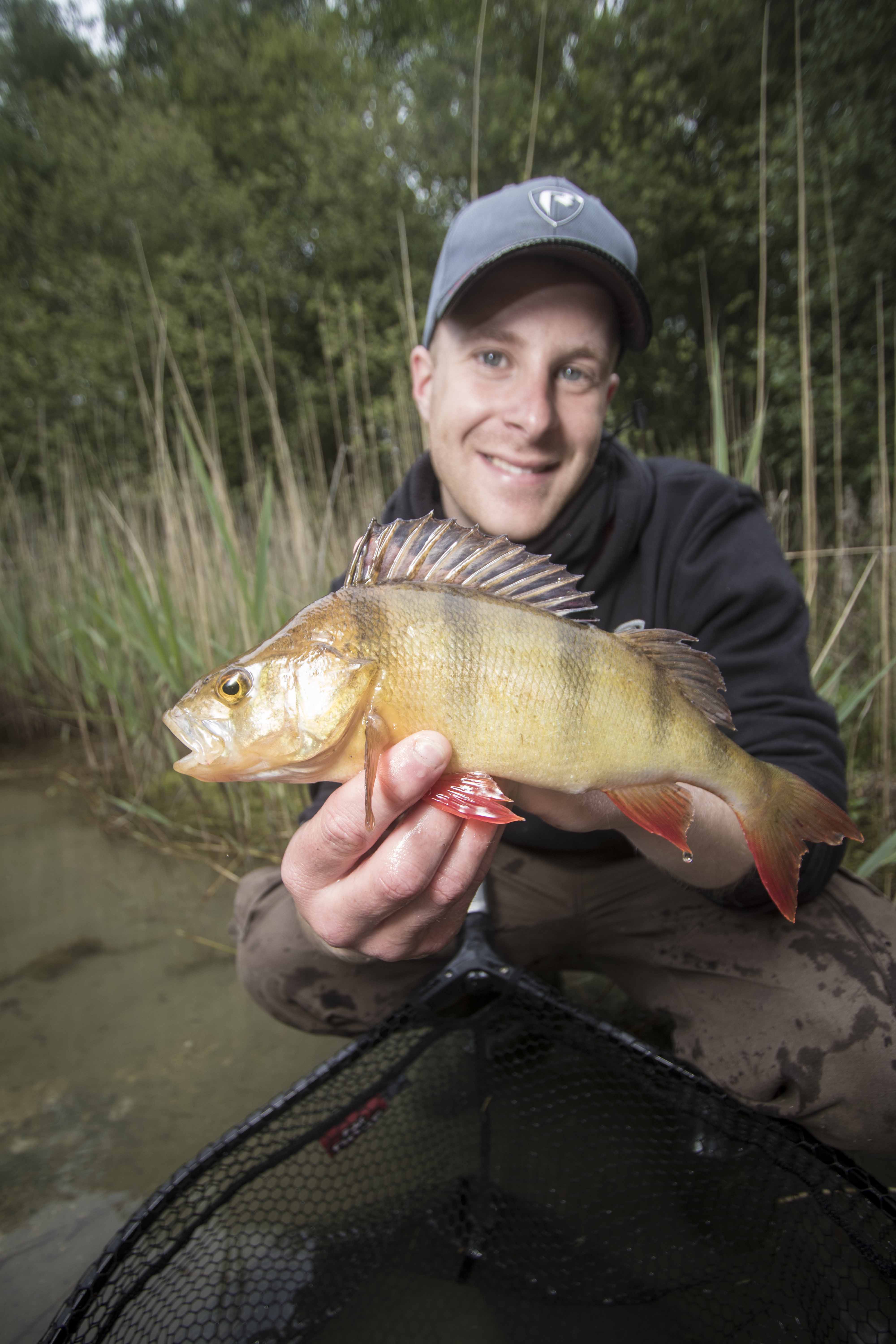 As already mentioned perch at this time of year will be up for chasing a lure. Quite often, whizzing one past them will result in a strike where a slower, more laboured presentation will only give them more time to think about it and back off. If they have a smaller window of opportunity to hit something, you have a better chance of getting one on the end of the line.

One of the things Jason does that really gets his lures smashed is punctuate the fast retrieves with pauses. Stopping the lure dead in the water will often spark a following perch into taking, specifically when you start it moving again. 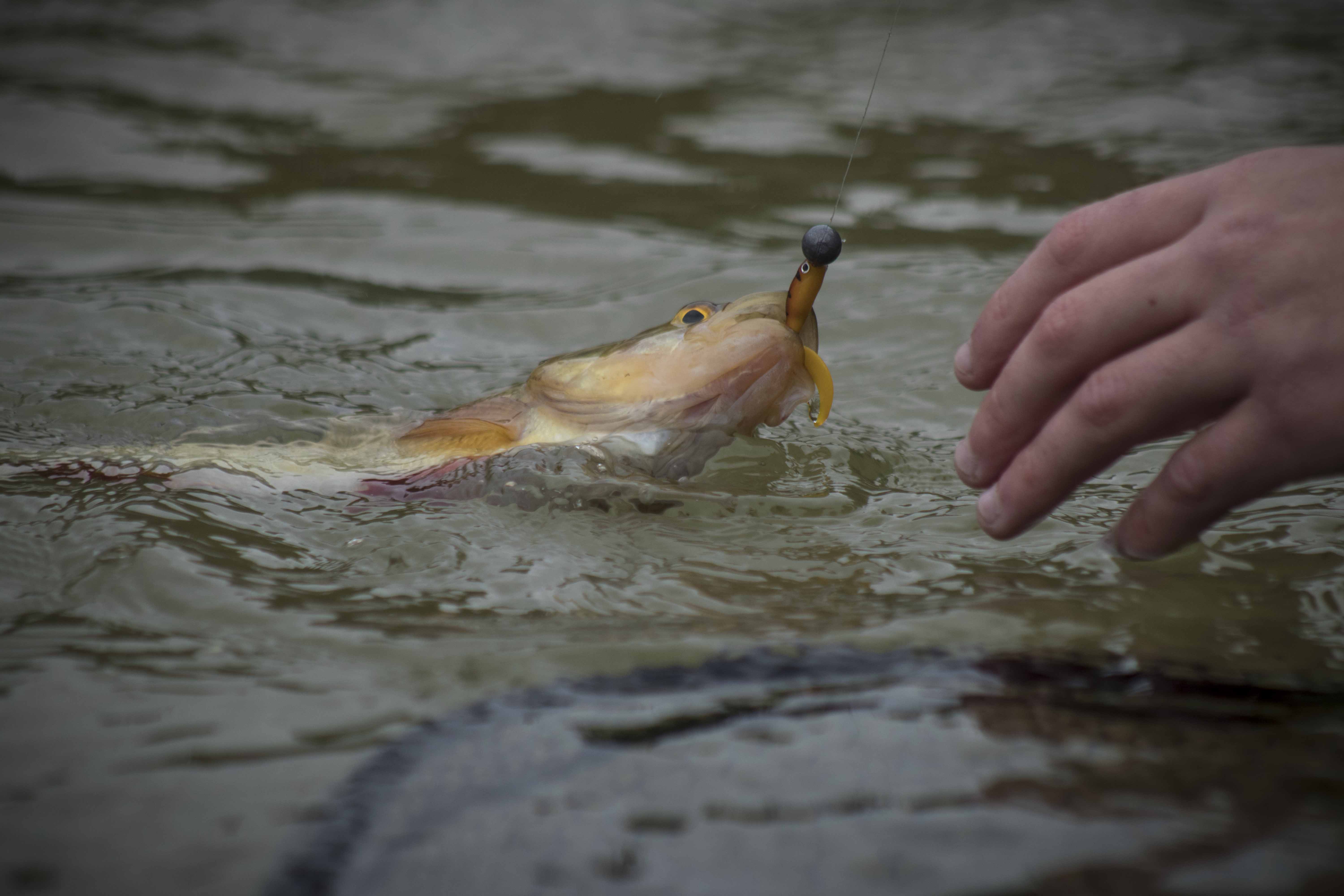 Normal lure etiquette dictates that if you’re fishing clear water, which Jason is today and normally does, then you want to go for a more natural colour option on your lure choice. That holds true for the most part, but Jason is a big advocate of changing to something much brighter if the going is tough. If the perch aren’t feeding well then angering them in to striking can often produce fish, and that works much better with brighter colours.

In this situation with had baits go for models with more of a flank flash in the water, tight vibrations that will dazzle and annoy.

When it comes to traces, if you’re going to get pike, make sure you use a light wire trace. If you’re confident you’re only going to get perch, go for a fluorocarbon such as the Rage Drop ‘n’ Jig with Jason opting for the 0.22/7.79lb BS line for his perching.

With the fluorocarbon, Jason is an advocate of tying the line direct to the lure and not using a link. This is for a few reasons, first being that it looks better, especially in clear water. It also reduces the number of weak points between you and the lure, and with small lures, any additional weight can have an effect of action.